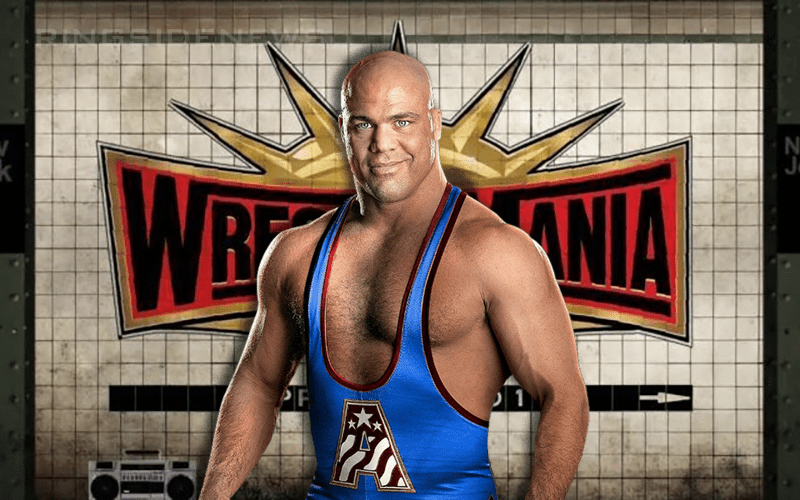 Kurt Angle surprised a lot of fans and left them a bit disappointed when he announced that his WrestleMania opponent will be Baron Corbin. To make this even more interesting, Angle was given verbiage to recite that placed this decision squarely on his shoulders via the storyline. He even thanked the McMahons for allowing him to pick his own opponent.

The internet exploded with disapproval on the heels of Kurt Angle’s announcement. Angle’s wife even had some comments to say on the matter, but later deleted them. However, as we previously reported, the entire storyline does not seem to be a swerve at all.

PW Insider reports that word going around was that Kurt Angle was hoping for more of a “high profile” WrestleMania opponent. Obviously, WWE went their own way for a reason.

WWE wanted Baron Corbin to be Kurt Angle’s farewell opponent for a reason. We will just have to wait and see what the company has planned for the show of shows now.