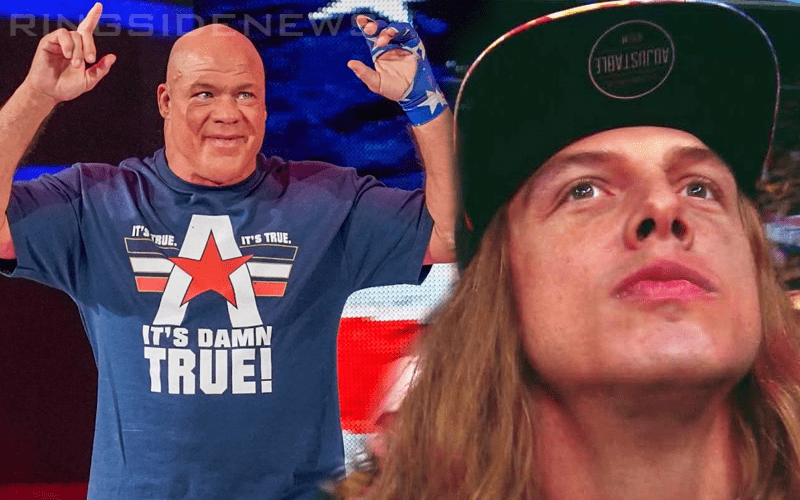 Kurt Angle came out on WWE RAW this week and announced that his farewell match will be against Baron Corbin. This was not received well by the Chicago crowd and the IWC didn’t react very well to it wither.

Plenty of people have spoken out about this decision and few fans are happy about it. Matt Riddle is one of those people because he really wanted that opponent to be him. On the next morning when Matt Riddle heard about Angle’s Mania opponent, there was only one thing he could do.

I missed RAW last night and woke up to this, now I’m going to McDonalds to eat the sadness away

This was a pretty funny tweet from the King Of Bros, however, it really does echo a sentiment that is shared by a lot of pro wrestling fans right now. It seems like the only one who is really happy about Kurt Angle’s choice is Baron Corbin himself. Riddle certainly isn’t lovin’ it which is why he had to fill his soul at McDonald’s.