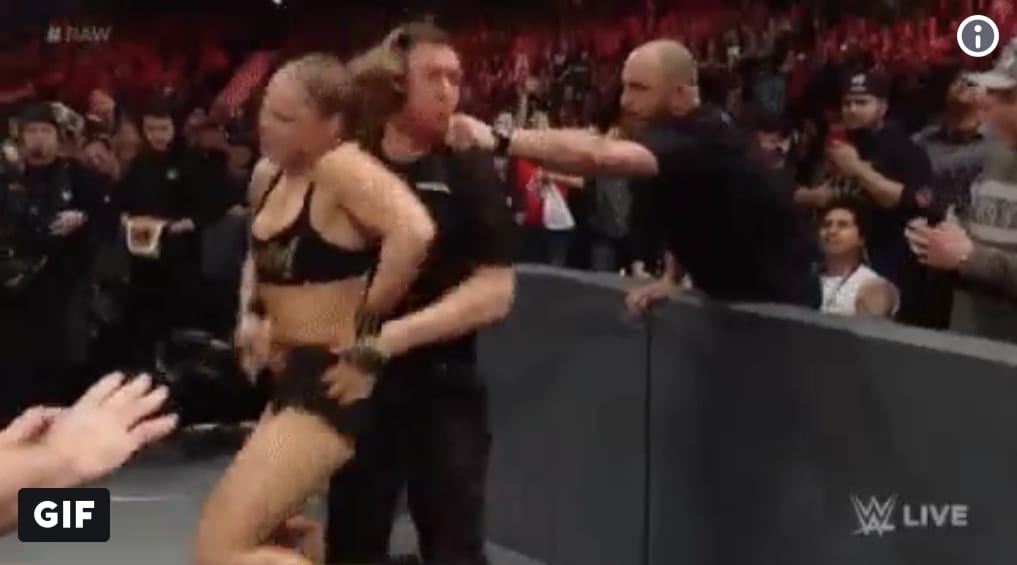 Ronda Rousey is really loving her new heel role on WWE television. She says that she wants and wants to make sure that everybody knows WWE is scripted. She had a match against Dane Brooke this week on WWE RAW and it did not end well for Brooke.

Dana found herself tapping out to Ronda Rousey’s armbar within about 15 seconds, but the RAW Women’s Champion did not let go. Instead, Rousey kept hold of Dana Brooke’s arm and caused security to come to assist.

Rousey got physical and took out a security team member who looked just like an indie wrestler. Then Travis Browne, Rousey’s MMA fighter husband who was at ringside took a shot at a security guard as well.

Security started to surround Rousey and she looked like she was going to destroy another member of the security staff. This could cause another huge fine from WWE. Then Browne reached over the barricade and scooped Ronda Rousey up before leading her off through the crowd.