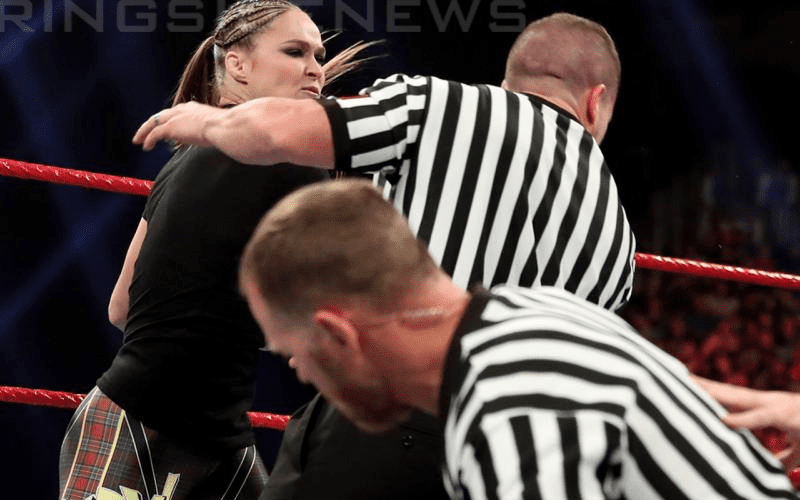 Ronda Rousey is really getting into her heel persona and on WWE RAW this week, she went all out. In the process, she assaulted a WWE official and that is a big mistake.

WWE announced that Rousey has been fined an “undisclosed amount of money” due to her actions this week on the red brand’s show.

Ronda Rousey has been fined by WWE as a result of her unprofessional actions last Monday night on Raw. Due to the confidentiality of Rousey’s contract, the amount of the fine will not be disclosed. Appropriate action has been taken.

This is likely a work, after all, Ronda Rousey said it herself that WWE is scripted — but you never know. It is interesting that they noted a confidentiality clause in Rousey’s contract means that the actual amount can not be announced. We will just have to see how this plays out on the road to WrestleMania.