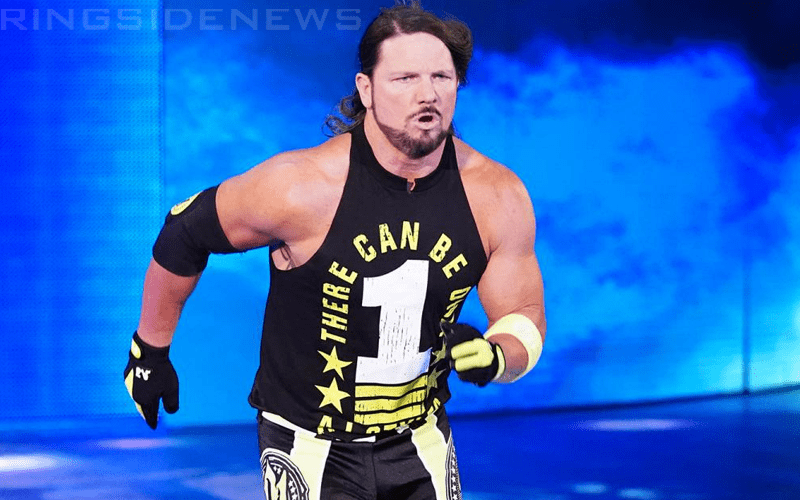 AJ Styles is currently slated for a huge WrestleMania match against Randy Orton that could really be the main event of the show if you really consider who is in the match. All of this build for Styles likely means that WWE is very sure about the fact that they can get AJ Styles to agree to a new deal.

We previously reported via PW Insider that AJ Styles is scheduled for dates past his current WWE contract expiration. Some people took this report to mean that AJ Styles has re-signed his WWE contract. He has not reportedly done so yet.

The wording in the initial report says: “All signs are that former WWE Champion AJ Styles has come to terms with World Wrestling Entertainment on a new deal.” It was not reported that it actually happened yet.

Some people are reporting that AJ Styles has re-signed with WWE. Even if he has, no credible source has reported it. We have asked around and have yet to receive an affirmative response either.

UPDATE: AJ Styles clarified his status with WWE. So it came straight from the source on this one.