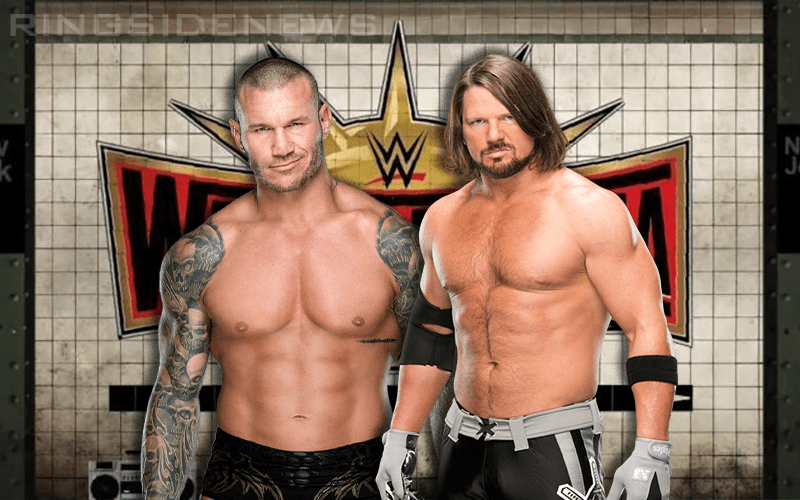 WrestleMania will feature plenty of high-profile contests, but some fans might be looking over how great AJ Styles vs Randy Orton can be. Mark Henry certainly realizes this and spoke openly about it on Busted Open Radio.

Both AJ Styles and Randy Orton are former world champions set to face each other at the show of shows. Orton has been a WWE Superstar for his entire career and AJ Styles’ travels around the world have only made this match mean so much more.

“This is one of those matches that people look at and it’s not filler. These are guys who are both stars, both have been champions multiple times. As much as we want to see Daniel Bryan and Kofi in the main event, we want to see what’s gonna happen with Charlotte and Becky and Ronda as event — what we wanna see with Seth Rollins and Brock as event. This is a main event match, guys.”

“Randy Orton is in my opinion and I’ve said he’s not on the Mt Rushmore yet, but he’s slowly, slowly entering that top 15, top 10 of all time.”

“I mean he is that damn good and then AJ Styles from the time that he was an indie guy to when he worked his way up and worked down South [in TNA] to now coming to WWE. He did everything at every level that there is to do and he has become an elite champion. Not just a champion, but one of the guys who can carry the load and he has carried it for the last two years so why wouldn’t this be in the conversation for event match at WrestleMania?”

If they are given the time, AJ Styles vs Randy Orton could steal the show in a lot of ways. They might not go on last, but plenty of fans should be very excited to see what kind of match The Viper and the Phenomenal One will be able to pull off in MetLife Stadium.