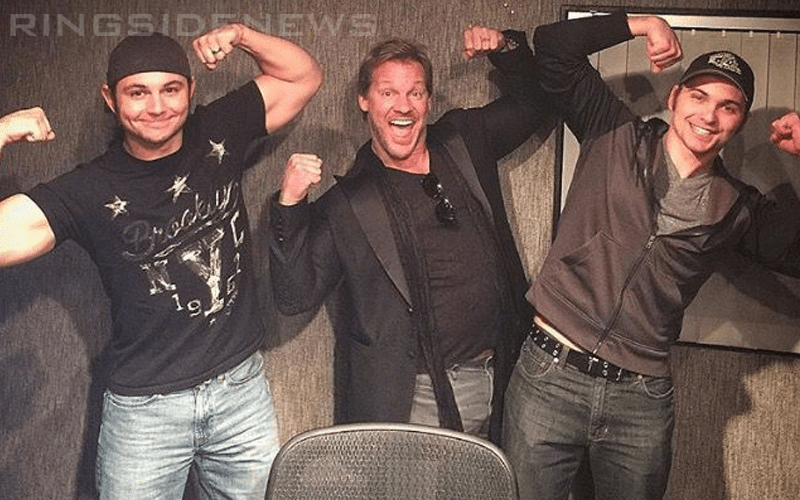 Chris Jericho is a very smart man. He is still on the top of his game and quite savvy in the business world. He also knows a thing or three about getting an angle over. During the most recent episode of Being The Elite, Y2J started working on a breakup of the Young Bucks.

Both Nick and Matt Jackson were shown getting messages from Chris Jericho. These voicemails included some huge hints while giving reasons why The Young Bucks should split up.

Jericho told Matt that he was older and could strike out on his own. He told Nick the same, but used a younger brother angle. Then Jericho told them both how good their names would look on marquees by themselves.

You never know if this could be hinting for an eventual breakup of the super popular brother tag team. However, if they did have a Barber Shop Window moment it really makes you wonder who would be playing Shawn and who would be Marty in this scenerio.