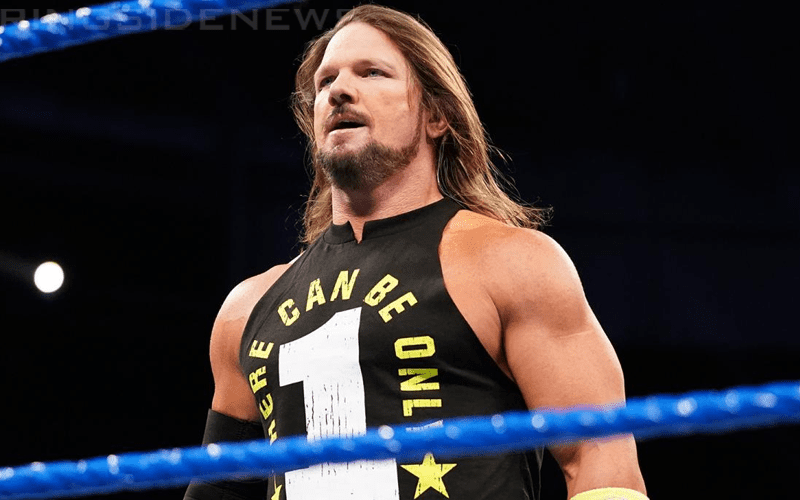 AJ Styles’ WWE contract is set to run out next month, but that hasn’t slowed him down in WWE at all. He is slated to face Randy Orton in a match that could headline the event and still has his eyes set on the top of the card.

Styles is expected to re-sign with WWE and the company is obviously very certain of this fact too. Because AJ Styles is currently being advertised for events in May on WWE’s overseas tour.

He is slated to be facing Samoa Joe on the tour as well which could point toward a possible storyline direction for the Phenomenal One. We will have to wait and see what happens because WWE has promoted people for appearances and not followed through in the past, but AJ Styles is likely not going anywhere.

Anything can happen in WWE, so don’t put away your “Cody gifs” just yet, but all signs point to AJ Styles remaining with WWE.