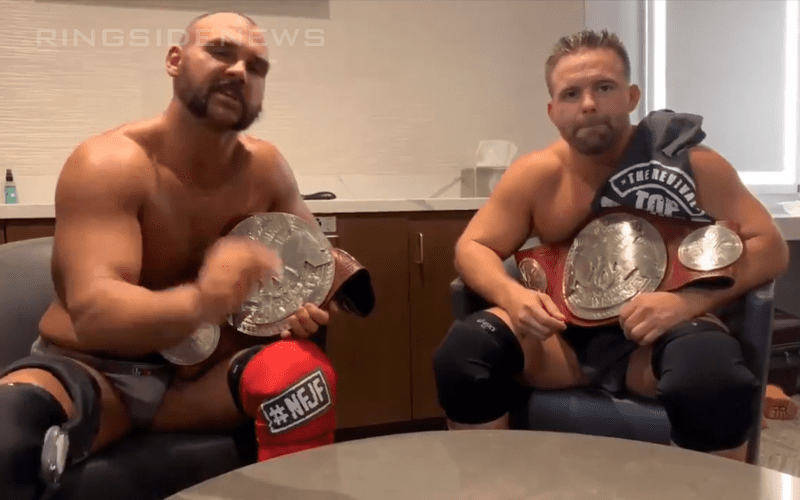 The Revival had to fight hard in order for people to take them seriously in NXT and it was a difficult journey up once they arrived on the main roster as well. The Top Guys are now WWE RAW Tag Team Champions which is a good spot to be in on the road to WrestleMania.

Scott Dawson and Dash Wilder spoke to WWE’s social media following another barnburner of a match against Bobby Roode and Chad Gable at a live event. The RAW Tag Team Champions trashed their opponents for not having a name for their team and then turned their attention to Aleister Black and Ricochet.

“Aleister Black and Ricochet you are used to daddy giving you everything that you want, well let me tell you something you’ve entered our division — you’ve entered The Revival’s division — we are the Mercedes Benz of the tag team division you will have to earn your opportunity at the RAW tag team champions.”