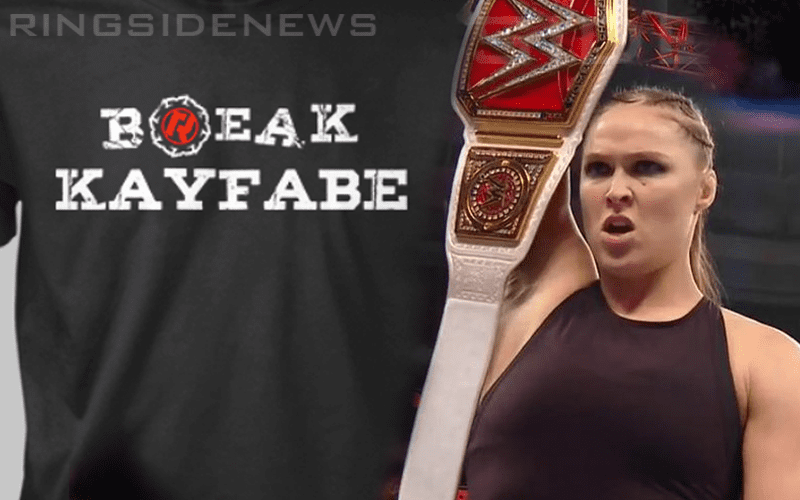 Ronda Rousey’s heel persona has taken quite an interesting turn recently. There used to be a point where wrestling fans wondered how WWE could possibly turn Ronda Rousey heel and make it stick. It turns out exposing and degrading the entire business is how they achieved that.

Now Rousey is capitalizing on breaking kayfabe even more and making it part of her branding. She is selling “Break Kayfabe” shirts and a shirt that looks like a warning for an R-rated move only it says: “No respect for the business, breaks kayfabe, violence, and language” as the reason for this adult rating.

WWE is obviously letting Ronda Rousey do this or it wouldn’t be happening. The same is true with the Damn The Man and Screw The Woo shirts she’s selling. Then again, Ronda Rousey can do whatever she wants.