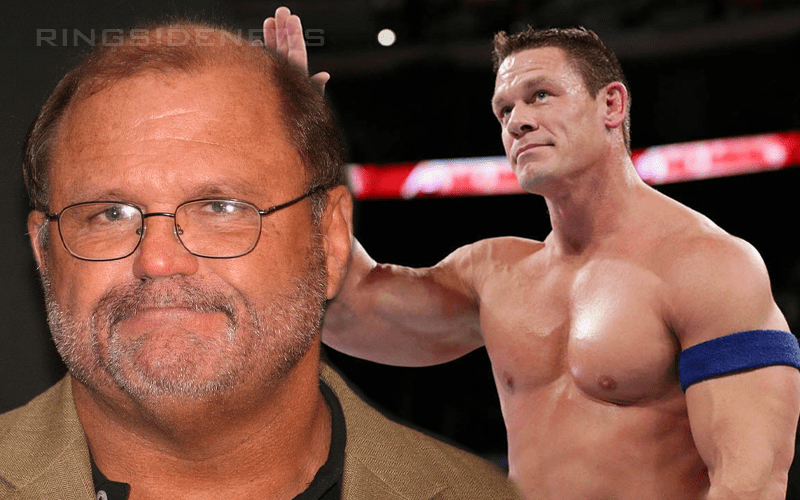 Arn Anderson was let go by WWE in February after Alicia Fox showed up intoxicated to a WWE live event and he let her work anyway. This led to a screaming fit from Vince McMahon and Anderson was released.

Many of Fox’s fellow Superstars didn’t even know she was intoxicated at the time. They had become used to her erratic actions and figured it was just another day for Foxy. However, as Dave Meltzer said on Wrestling Observer Radio the general consensus is that Arn would still have his job with WWE if John Cena was still around.

“I don’t know all of the details, but I know people in the midst of it and even them they say, ‘Arn did nothing wrong.’ So I think that the feeling is that Arn had no idea that Fox was in any condition like that that Fox was no different from usual which speaks for itself, right. So there’s no reason that he would have noticed and I mean, you know.”

“I don’t know what the decision making was other than you know he was on thin ice in a lot ways anyways and John [Cena’s] not there anymore and you know if John was there everyone thinks it never would have happened. Triple H has saved him more than once, he didn’t save him this time — maybe he couldn’t save him?”

Arn Anderson was John Cena’s producer for all of his matches. If you have that kind of role in WWE it gives you a pretty good position of job security. However, Cena’s departure for Hollywood apparently strained on Arn’s position a bit. It also might be an indication of how often John Cena is going to be available to work for WWE in the future if his producer was let go.