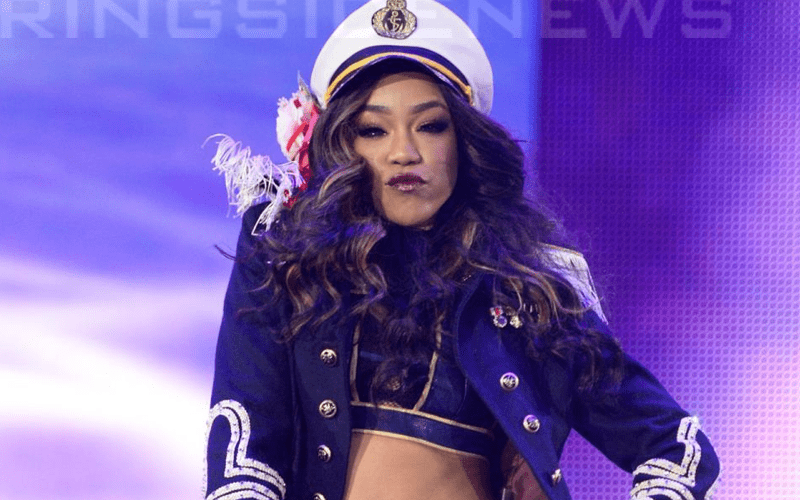 Alica Fox showed up intoxicated to a WWE live event and Arn Anderson let her wrestle anyway. However, only Arn Anderson was fired for this offense. The internet is not liking that at all and they are coming out about the subject in a big way.

The fine folks on Reddit have been sounding off about this story. A majority of people don’t have very nice things to say either. If you would like to see the entire thread, you can get that Reddit goodness here. Otherwise, here are some immediate reactions to the story.

“I agree, but how does Fox still have a job then?”

“Well she hasn’t wrestled in nearly a month, the WWE equivalent of semi-unpayed leave. They’re probably weighing their options or are working with her somehow.”

“100% she should be fired. She showed up and put a co-workers life at risk, and that’d get you fired from pretty much any other job, so WWE really shouldn’t be any different.”

“To be fair to Arn, how can anyone tell if Alicia Fox is drunk or sober?”

“Well apparently Alicia is confrontational drunk cause there was that video of her yelling at Travis Browne Wrestlemania last weekend. John Thorne of AIW on his podcast confirmed she was drunk and started getting mad at him for no reason when he was talking to Hawkins and Swoggle”

“Uhm, is Alicia Fox not gonna get any severe punishment? That’s insanely unprofessional at the very least…”

“If this is true, this reflects pretty bad on Arn.”

“I think I see what happened. Arn probably thought since it was a 6 person tag, Alicia wouldn’t have to work, she could just stand on the apron, get bumped once and that’s the end of it.”

“Still the dumbest decision though. Send her home, discipline later, and throw someone else in at the last minute in her place.”

“How does Alicia Fox keep her job it’s amazing that she’s been in the company for 10+ years.”

“Yes, Arn shouldn’t have let her wrestle, but this is completely irresponsible on Fox’s part. If you’re not 100% with it in the ring, you are risking yourself and the people involved in the match with you. Someone that has been with the company that long should know better.”

“Surely Fawwwwks is out the door too then? Completely unacceptable by both of them if this is true.”

These are individual opinions and WWE will take their own course of action in this matter. They might try and give Foxy a chance to clean up her act, however, if they listen to the fans on Squared Circle, then it might not be a good week for Alicia Fox.