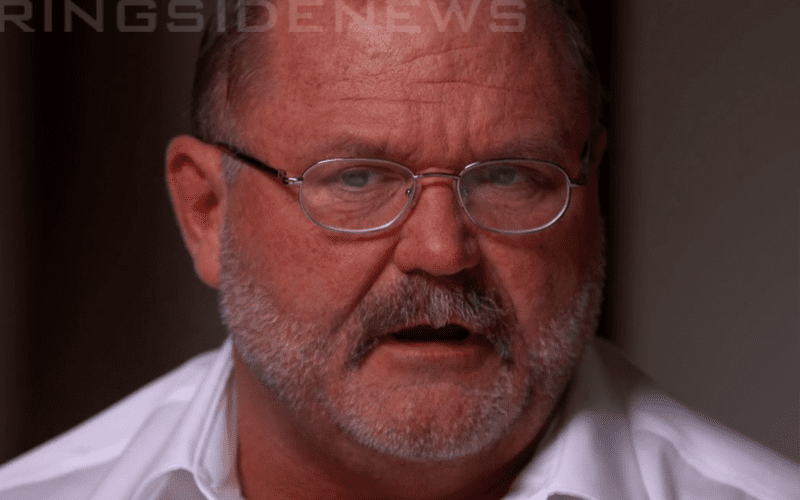 Arn Anderson was released from WWE and it was a huge shock to a ton of fans. Then the story came out about why he was fired and people were even more surprised. Apparently, he let Alicia Fox while intoxicated which isn’t a good look for anyone involved.

Some are under the belief that Anderson didn’t even know that Fox was intoxicated at the time as some of her fellow Superstars had even come to expect her erratic ways. However, Anderson was still given the chop.

While speaking to Sports Illustrated, Anderson did not throw anyone under the bus. Instead, he was quite professional in simply relaying how fortunate he was for having the gig for so long.

“I was fortunate enough to work with WWE for 18 years. Certainly that provided my family and myself with a nice living, and I have no regrets. A lot of my best friends still work there. Everything has a shelf life, and I guess mine ran out.”

You never know where Arn Anderson could go next. He announced that he will be appearing at Starrcast now. Cody Rhodes had nothing but amazing things to say about the legendary Horseman, so we will just have to wait and see. It is good to know that Arn isn’t holding any public resentment toward this situation.