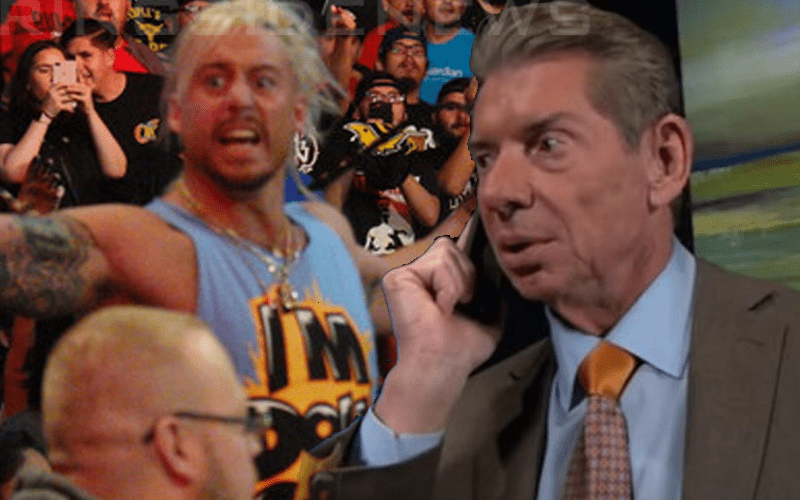 Enzo Amore brought a lot of attention to himself when he jumped up at the Survivor Series and made a big scene in the Staples Center. It was short-lived, but this stunt garnered a ton of attention and went viral.

While speaking to Title Match Wrestling, NZO revealed that he actually received a call from WWE a couple of times before Survivor Series went down. He had no idea what WWE wanted, but he obviously didn’t care. Because Real1 had other plans to make his presence known.

“I’d been planning you know? They called me by the way, the ‘E’, before [Survivor Series]. They called me before that business, f*ck if I know [what it was about]. A 203 number called me a couple of times, my voicemail’s full — thank you very much, babe — and I had no idea what they wanted, but I knew what I was gonna do so I knew I wasn’t gonna answer the phone.”

Enzo Amore spoke about how successful his Survivor Series stunt was from a business standpoint. He asked if we knew how much money it takes on a marketing level to trend in the top five on social media worldwide, it is a lot. Amore accomplished that by buying good seats for Survivor Series and waiting until the right time to start cutting a promo for the crowd.

Of course, NZO was hauled off by security, but everyone was talking about him. Sadly, it wasn’t enough interest to fill up his rap concert the next night because there were not a lot of people present for that show.