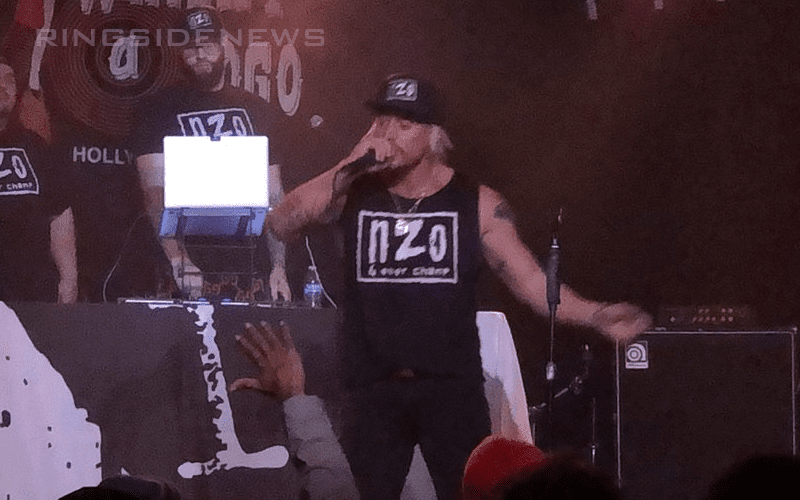 Enzo Amore tried his best to drum up attention for his show at the Whiskey A Go Go in West Hollywood last night, but he might have missed the mark.

In an attempt to get fans after Raw from the Staples Center, Real1 scheduled his show to start at 11:30 PM, but in LA the Raw event is out at 8:00 pm on the dot so that gave WWE fans hours to figure out something else to do and it looks like that’s what went down.

We were told by our correspondent at the event that there were only around 35 fans who attended Real1’s LA concert. One fan reported that he did a headcount and that’s about all he saw.

Enzo was still his typical self and gave a performance just like there were 1,000 people there. It was a small crowd, but an intimate setting for this big night for Enzo’s career.