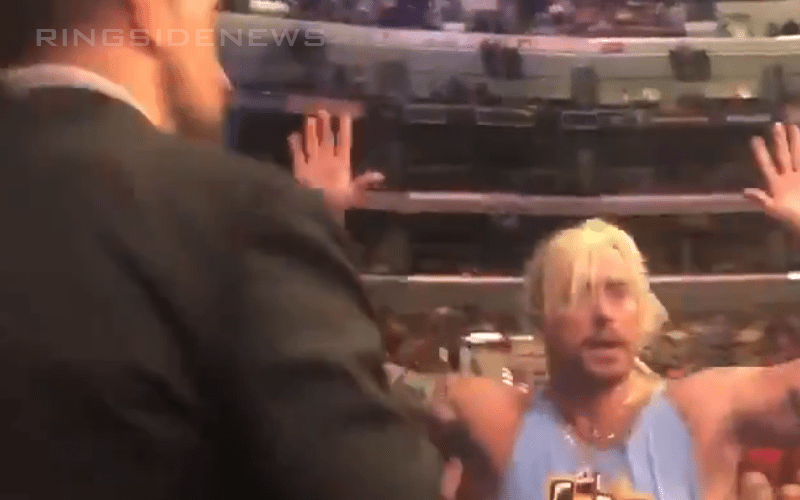 Enzo Amore showed up at WWE Survivor Series and he had quite a show in mind for the crowd even though he wasn’t scheduled to appear at all. He stood up on his 2nd-row seat and screamed his old WWE promos until he was tackled and sent away.

The woman who tackled Amore is the same security guard who tried to stop Rob Gronkowski from leaping into the ring at WrestleMania a few years ago as Bryan Alvarez commented on the incident during Wrestling Observer Live.

“The security guard that tackled him was I believe the same female security guard who tried to prevent Gronk from getting into the ring at WrestleMania a couple of years ago, so she’s a badass.”

It just goes to show that you should never mess around at a WWE event because things can get dangerous depending on who’s on the job.