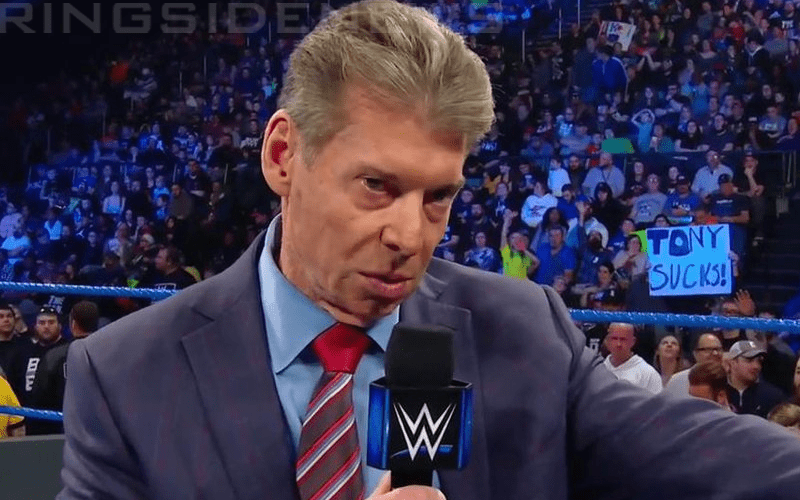 WWE is a scripted show and if you needed more clarification of this fact then just check out Ronda Rousey’s “shoot” video. Vince McMahon capped off this week’s edition of SmackDown Live and it was a very interesting segment that ended with Kofi Kingston getting a WWE Title Match opportunity if he can win a gauntlet match next week.

During that promo, McMahon called Big E and Xavier Woods a couple of “young bucks” while implying that Kingston does all of the work. This was a reference that wasn’t lost on many people as Dave Meltzer noted on Wrestling Observer Radio.

“Everyone seems to think that was a knock at Cody Rhodes, but we’ll see. Yeah. One would think”

The fact that Vince McMahon used the words “young bucks” really drove that home. This was certainly intentional seeing how The Young Bucks turned down great WWE offers months ago. Then again, maybe Vince McMahon knew that today is Matt Jackson’s birthday and this was just a way of sending a special gift to him.