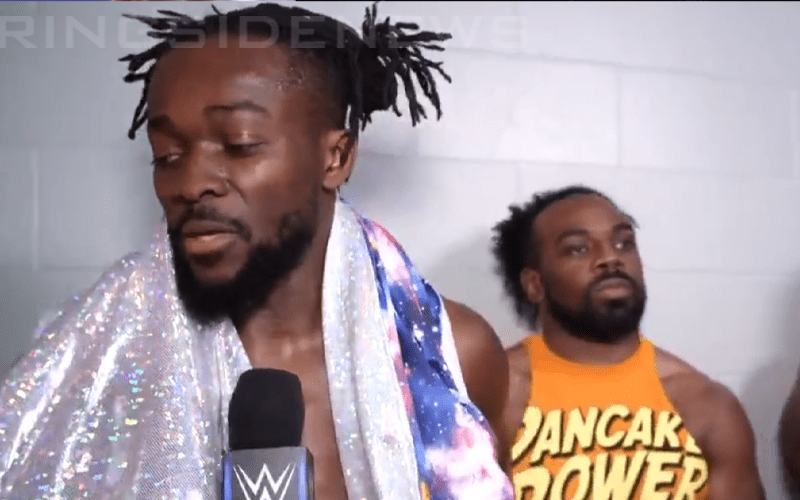 Kofi Kingston and his New Day brothers were tired of waiting for Vince McMahon to give him an opportunity that he fought for 11 years to earn. Then McMahon concluded SmackDown Live this week by saying that Kingston will get his WWE Title match at WrestleMania if he can win a gauntlet match next week.

Before Kofi can claim his WrestleMania match, he will need to defeat Samoa Joe, Randy Orton, The Bar, and Rowan on the same night. This is a huge task and seemingly impossible, but Kingston is more than up for the challenge.

Kofi spoke to Kayla Braxton after SmackDown Live where he said the gauntlet match will be a big mountain to climb, but he’s used to it. He realized a long time ago that he has to do things the hard way because he doesn’t have the look of other main event Superstars.

“They’ll say anything. They know damn well I’m not a B Plus player. They can call me whatever they want to call me. J give me that match and I’ll show you otherwise, you know?”

Kofi Kingston said he is not even thinking about the gauntlet match right now. Because he is just happy for the opportunity. He will just have to go through five other WWE Superstars to make it happen.

Big E followed up by saying that the fun and games that The New Day made famous is over. They’re putting that part of the act on ice with plans to thaw it later and eat, but right now it is about Kofi Kingston.