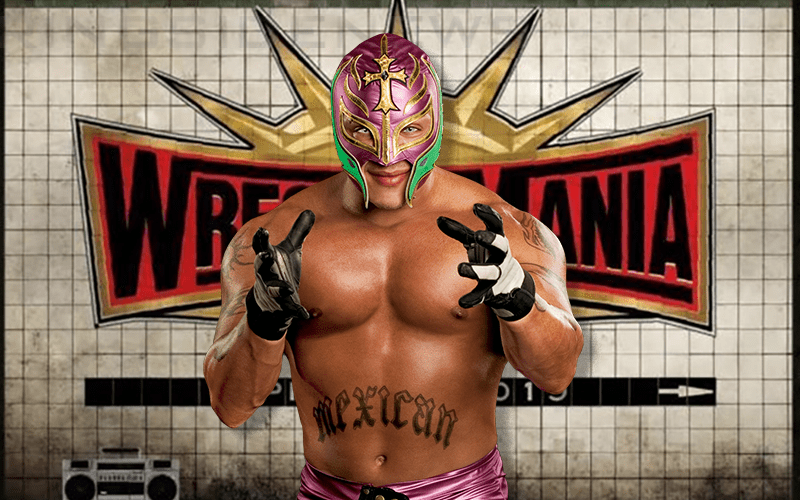 WrestleMania will be here before we know it and WWE really put some things in motion for the show of shows this week on SmackDown Live.

There was initially a WWE United States Title match planned for this week’s show but plans changed once again. Instead, a tag team match was booked which saw Rey Mysterio roll Samoa Joe up for the win. This was a very interesting decision and could be a telling sign of things to come.

Dave Meltzer noted on Wrestling Observer Radio that Mysterio pinning Joe could mean that a WWE US Title match is on the way at WrestleMania, however, knowing Vince McMahon’s booking they are likely to go another way.

Rey Mysterio and Andrade were rumored to be mixing it up at the show of shows, and that will likely still happen. They could very well be in a multi-man match for the US Title along with R-Truth and Samoa Joe.

We will have to wait and see if WWE decides to add anyone else to the US Title picture, because Vince McMahon likes multi-person matches for Mania so he can feature as many Superstars as possible on the card.