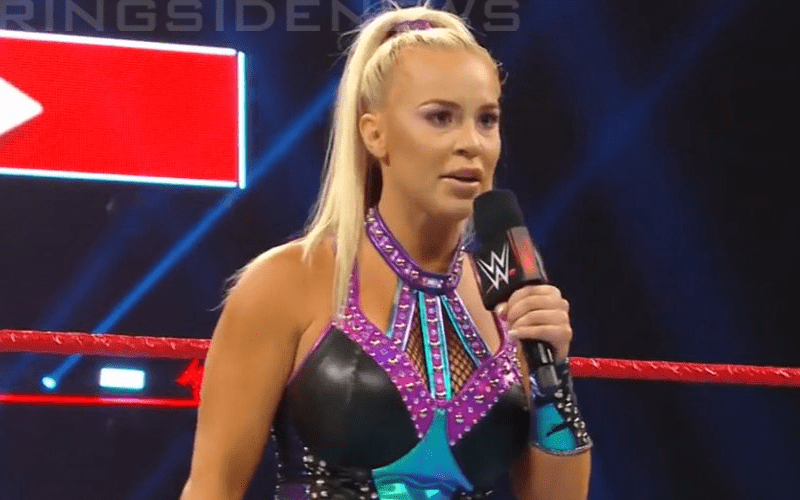 Ronda Rousey took the ring during WWE Raw this week in order to continue berating the fans and trashing the professional wrestling business. Then Dana Brooke came out and cut an impressive and passionate promo about how much she loves the business.

Brooke said she has nothing left to lose and challenged Rousey to a match on the day after a pay-per-view. This is usually when Rousey gives someone a title opportunity. However, it did not work out the way Dana Brooke planned at all.

Rousey kicked Brooke out of the ring and tossed her around on the outside before throwing her back in the ring to continue the assault. WWE officials separated them and Rousey took one of them out in the process. Then Ronda Rousey teased an but didn’t do it before saying that fans will have to pay $60 to see the move.

Dave Meltzer noted on Wrestling Observer Radio that Dana Brooke was sent out in an attempt to get her over. WWE’s plan was to ignite something in the fans to get behind Brooke. The Pittsburgh crowd didn’t seem to react this very well though, however, a portion of the IWC had to disagree as Brooke’s name started trending on social media. Then again, Pittsburgh is notoriously hard to get a big pop from.

“Here’s the problem, it’s like if she was really good she would have a great complaint. If it was a Gable, like a woman Chad Gable, this is the woman that in fact, as many of you remember she was fast-tracked by this company to be a big star.”

“She was gonna have a feud with Charlotte to have at WrestleMania and she played her way out of it. I mean, that’s the reality. I guess you’re not supposed to know that. But, she was their favorite and you know, unfortunately, she couldn’t hang at the level and that’s what happened. I guess you know obviously for what you’re doing for TV and the storyline it’s fine. It’s just ironic, that’s all.”

Only time will tell if this latest promo from Dana Brooke will convince the WWE Universe to give her an honest second shot. She spent enough time paying her dues as Titus Worldwide’s statistician, so you never know if this could be the start of another chapter in her career.

The passion in Dana Brooke’s promo on the day after venting online about being snubbed at WWE Fastlane in her hometown certainly won us over.