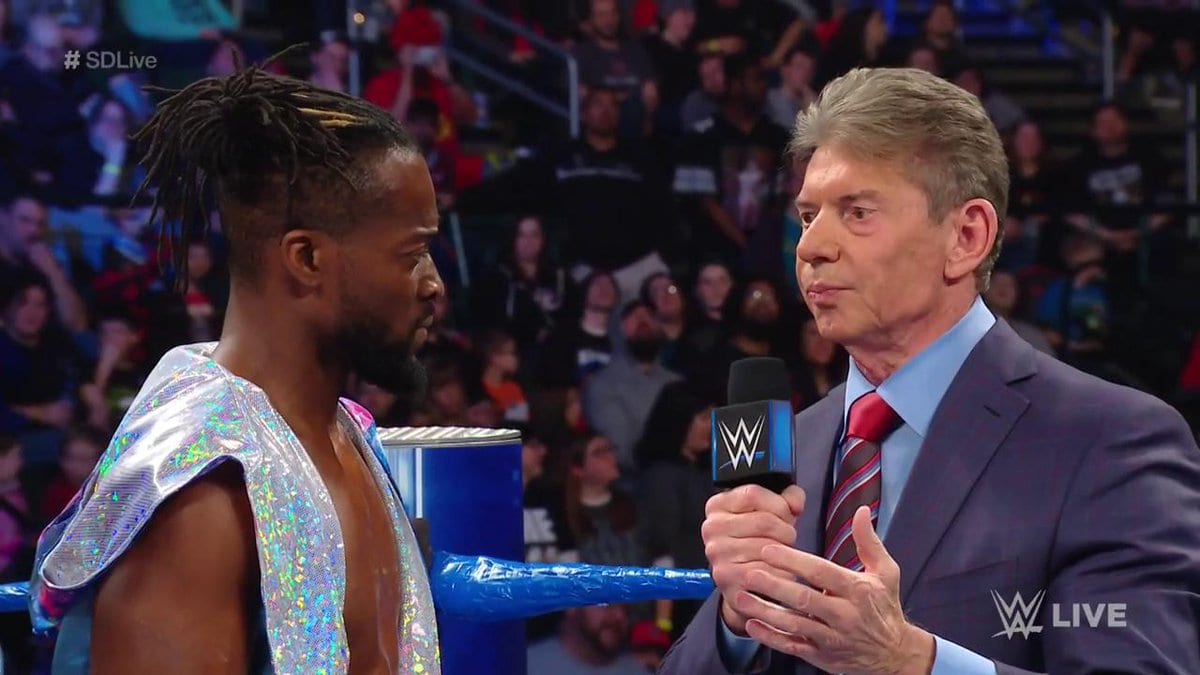 Kofi Kingston is on a roll and KofiMania is running wild. Therefore, as a top babyface, Vince McMahon is going to have a target on him. Mr. McMahon had some fun at Kofi’s expense at WWE Fastlane, but that only ignited the fires for The New Day and Kofi Kingston got tired of waiting. After all, it’s already been 11 years waiting.

McMahon said that he was giving Kofi Kingston a “teachable moment” at WWE Fastlane when he played with Kofi’s emotions. Then The New Day came out to confront their boss on live television.

So it looks like Kofi Kingston is going to have to impress in another gauntlet match next week on SmackDown Live and emerge victoriously if he wants a WWE Title match at WrestleMania.