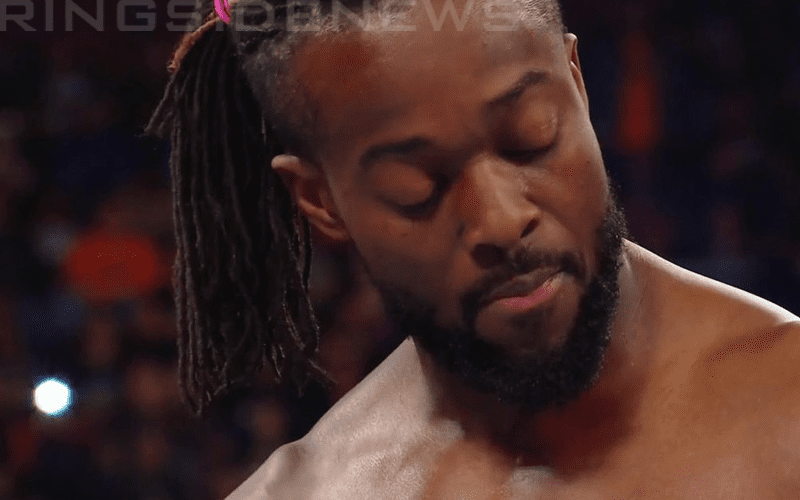 Everyone was prepared for Daniel Bryan to defend his WWE Title against Kofi Kingston at WWE Fastlane. Then Vince McMahon had another idea for the Fastlane WWE Title match when he inserted Kevin Owens in the match and took Kofi out.

During the Fastlane kickoff show, Kevin Owens and Kofi Kingston had a moment before The New Day’s match against Rusev and Shinsuke Nakamura. Then Kofi Kingston received some interesting information that the McMahons wanted to speak to him about the WWE Title match and that was all the information we knew at the time.

Later on, after Shane McMahon turned heel on The Miz, we got a little update that Kofi Kingston was still waiting to talk to the McMahon Family.

Kofi Kingston was still standing next to the door outside Vince McMahon’s office an hour later. Kofi waited for over an hour, but the Big E and Woods finally opened the door and walked in when they showed up.

Kofi came out and the Cleveland crowd was hot — suddenly, the match was changed from a triple threat match for the WWE Title to Kofi Kingston vs The Bar in a handicap match. This was a classic handicap match too with no tag team rules. So Vince McMahon was screwing Kofi Kingston again.

The Bar picked Kofi apart as the crowd chanted “this is boring.” Big E and Xavier Woods ran down to help Kofi as Rusev and Shinsuke Nakamura stopped them.

Then Sheamus and Cesaro won with a double White Noise. This was a massacre of The New Day and very possibly only stoked the fire further for an eventual push for Kofi Kingston into the main event scene.