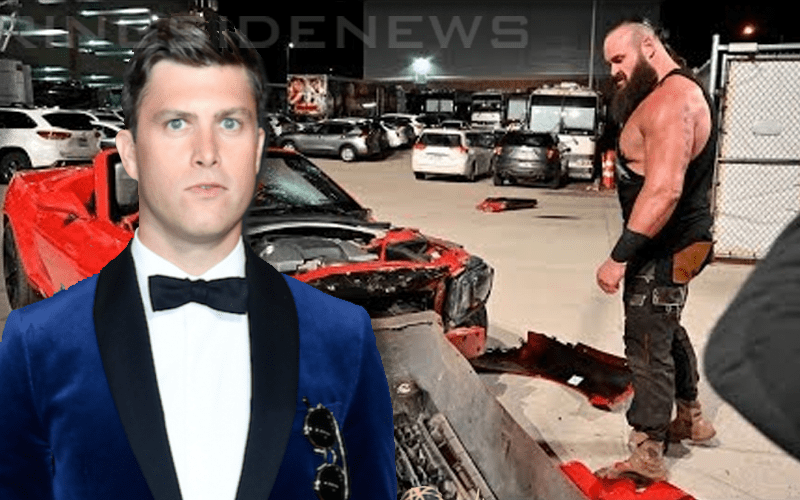 Braun Strowman doesn’t play games when someone asks him if wrestling is real. This was what Colin Jost asked The Monster Among Men and he paid dearly for this query. In the process, WWE was also able to throw a great nod to pro wrestling history.

Strowman received what he thought was a gift from the SNL cast after this unfortunate interaction. Apparently, Braun Strowman wasn’t ready to make nice so he destroyed the little red car that was gifted to him.

WWE was right on this as well because they already produced a smashable car with a Braun Strowman action figure included — they’re quick with things like that.

Then on the next day, Colin Jost sent out a message to Braun Strowman to let him know that the car was actually a rental. Therefore, some cash is needed to compensate the hefty charge on Jost’s credit.

Hey @BraunStrowman not to make a big fuss, but that was a rental and I didn’t pay for insurance. Maybe I can send you my Venmo info and you can reimburse me?

PS are you watching The Bachelor? Crazy!

It sounded too good to be true that the Saturday Night Live cast would buy Braun Strowman a new car as an apology. This just goes to show that you should always spring for that extra insurance when renting a car.