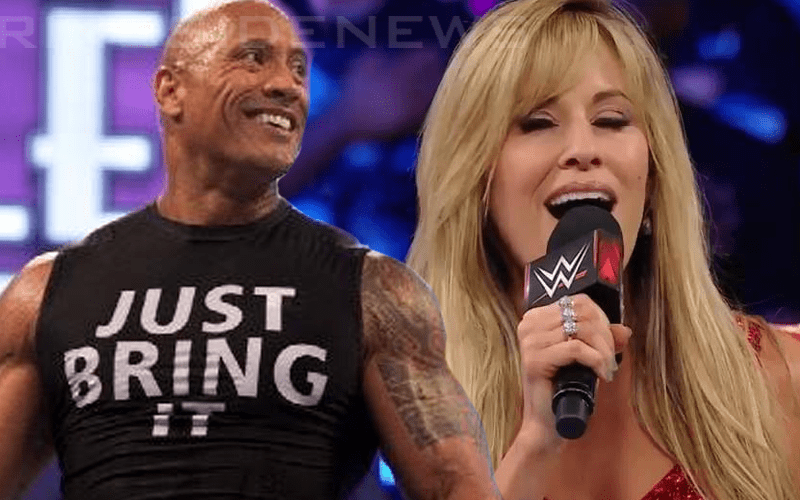 The Rock is not around WWE much anymore due to his incredibly busy schedule of filming projects and destroying cheat meals. However, his impact on WWE lasted long after his departure in many ways that some fans might not realize.

During a recent episode of Chasing Glory, Lilian Garcia spoke to Tamia Snuke and The Rock came up in conversation. The People’s Champ helped Tamina out in many ways, but Garcia also had a story to share about how The Rock also helped catapult her career in a very unexpected way.

“I’m like — ‘I can sing it! And I can sing it a capella!’ And sure enough I show up and he said, ‘I’m going to talk to the producers’ so he talked to the producers they were like, ‘Yeah, do it tonight.’ I did it Friday, Saturday, Sunday. By Monday Vince McMahon heard about it and he was like, ‘I gotta see this for myself’ and I performed it in San Jose and that was it. Ever since then I started singing the National Anthem at every single event and it was him that helped me too.”

Lilian Garcia is now a WWE legend who holds the record for most musical performances at WrestleMania events. It is thanks to The Rock and the fact that The Great One realized a spot for Garcia and pulled for it to happen.

Garcia’s ability to jump on the opportunity also helped the situation dramatically, but her place at many WrestleMania events to come would be much different if it weren’t for the suggestion of Dwayne Johnson.