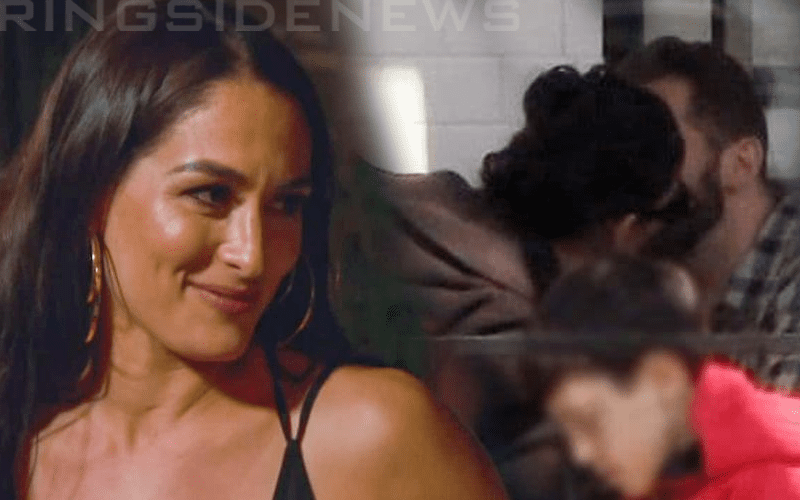 Nikki Bella and John Cena’s relationship is done. Despite hinting that they could be getting back together, Bella recently put those rumors to rest and said that she’s not seeing it happening at all.

This change of heart could have had something to do with her new Dancing With The Stars boyfriend Artem Chigvintsev. The two were spotted over the weekend in Los Angeles and as you can see there was some public display of affection going on.

The two former DWTS partners had lunch at Joan’s On Third according to TMZ. The happy couple apparently had more than just lunch too.

They were holding hands, walking arm in arm, and even made out a little bit. Obviously, they didn’t mind letting people watch or they were simply unaware. Either way, don’t expect to see Nikki Bella crying over John Cena any time soon.