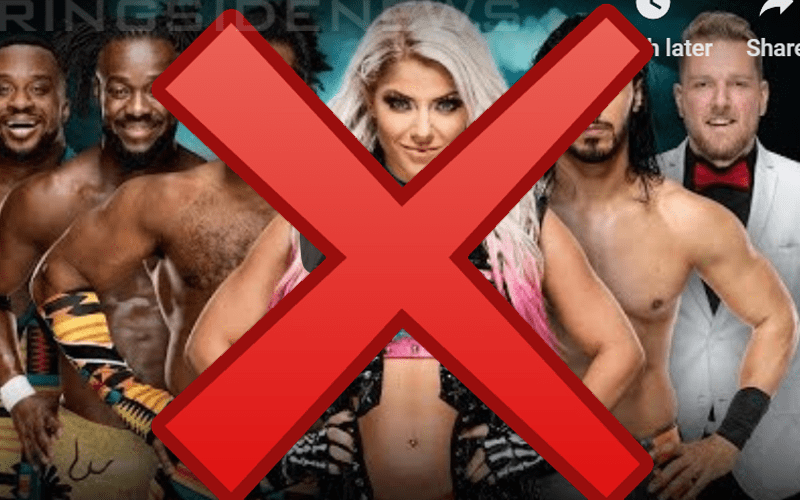 WWE had a great idea with the Watch Along video. Fans were able to watch WWE Superstars hanging out and having a good time backstage while watching the WWE Fastlane pay-per-view. Apparently, they had too good of a time.

We previously reported that The Revival had a “Dirty Dancing Moment,” but there was also something else that could have set WWE off. Because Nigel McGuinness accidentally dropped the F-Bomb on the air and we’re not talking about the word “fake” either.

If you would like to see clips of the controversial segments on Watch Along, you can check out our Instagram page.

WWE yanked the entire Watch Along video down off of YouTube. This likely means that WWE won’t be doing any more of these Watch Alongs. It just goes to show that sometimes you shouldn’t put a live video feed backstage at a WWE event.

There was a list of rules backstage and the #1 rule was no swearing. This along with other comments and actions during the night caused WWE to nix the entire video.

It is a shame too because the Watch Along idea was a rather entertaining prospect that resulted in a pretty fun video where fans got to see a side of WWE Superstars is seldom seen.