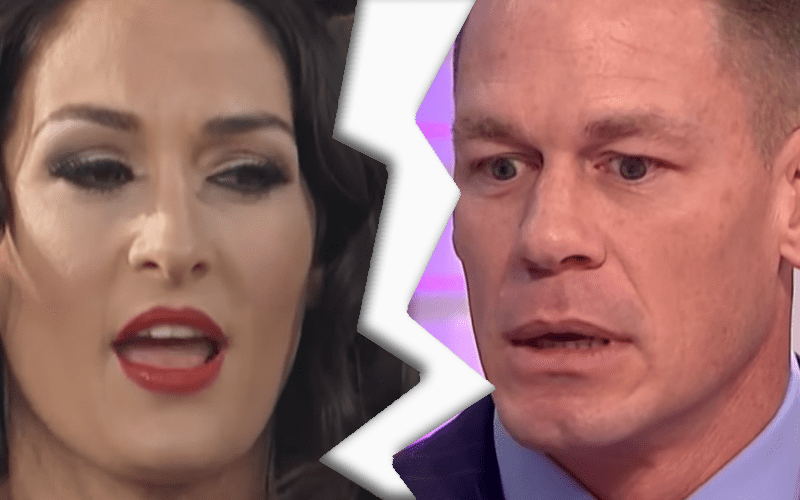 John Cena and Nikki Bella broke up last Summer and in spite of Nikki Bella recently saying that you never know if they could rekindle their relationship apparently, that is not the case at all.

TMZ reports that Nikki Bella sees no future with John Cena. Now she has a new man, her Dancing With The Stars partner Artem Chigvintsev.

It is said that a source close to the Bella camp said that rumors of any kind of future romance between Nikki Bella and John Cena are not in the picture. Because Nikki Bella has officially moved on.

This is interesting because they are currently airing a story on Total Bellas where Bachelor star Peter Kraus is currently courting the oldest Bella Twin. He even sent her a package full of black licorice to grease the wheels — but, it looks like Nikki already found someone else from a different television show.