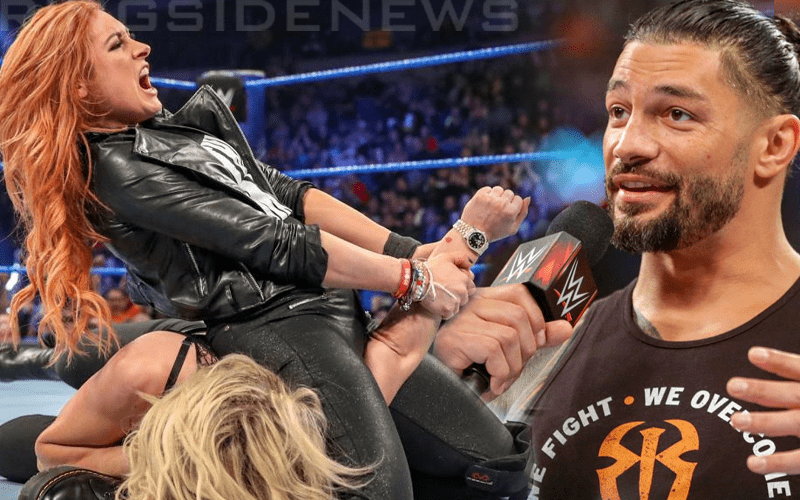 WrestleMania might see a historic main event if all goes according to plan. Ronda Rousey will most likely defend the RAW Women’s Title against both Becky Lynch and Charlotte Flair to close out the 35th annual show of shows and Roman Reigns approves.

While speaking to Sky Sports, The Big Dog spoke about how proud he is of the women in WWE. They have worked very hard to get this kind of attention and he sees nothing wrong with them headlining WWE’s biggest event of the year.

“They’re role models for our own children. My daughter is 11 years old and these women are showing her the way and showing her that women can do anything men can do, even better sometimes.”

“They’re all great examples and if women can handle giving birth and all of the crazy things that come along with nurturing life then why can’t they main-event a sports entertainment show?”

“They can do everything that is super-hard in life and I know they can knock that out of the park too.”

Hopefully, if Rousey does leave WWE, placing Becky Lynch and Charlotte Flair in that match will give them enough of a rub in that position to carry on with the momentum even after the Baddest Woman On The Planet’s WWE exit.