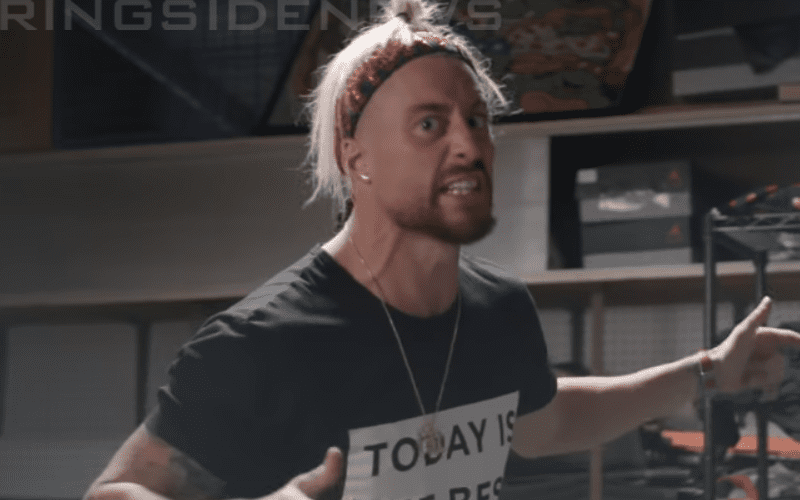 Enzo Amore recently found himself in the middle of another topic of conversation which is generally where he likes to be. Unfortunately, this time it wasn’t a good look for him at all no matter how you spin it.

We previously reported that Enzo Amore sent out a tweet in the memory of King Kong Bundy, but he mistook him for George “The Animal” Steele and then the IWC let him absolutely have it.

Ringside News has been told that WWE wasn’t happy about this either. Some Superstars were told not to reply and “stay away” from that online storm as well. That did not stop Superstars and employees from sharing their opinions via group texts. One such conversation we were shown included a fair amount of defamatory verbiage for the former WWE Superstar.

Simon Gotch said during a 2018 shoot interview that Enzo Amore has no knowledge of pro wrestling history and that kind of showed with this tweet. It was also noted by members of the IWC that Steele wasn’t in a match during the timeframe Enzo claimed either. So he was likely making everything up from his own childhood memories. Therefore, WWE and all of their officially contracted players stayed away from commenting about this publicaly.

At one point, WWE Hall Of Famer Bully Ray showed his disapproval of the tweet via an animated gif. Enzo said he would take the tweet down, but he never did.