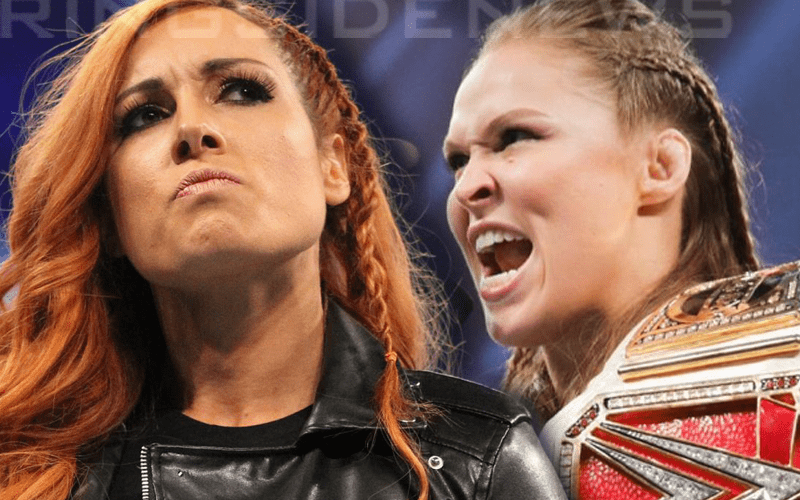 Becky Lynch and Ronda Rousey were throwing some big shots at each other via social media. This made some fans wonder if there was something going on underneath the surface. Apparently, the only thing going on was a well-executed plan in spite of reports that WWE wasn’t too thrilled about the online exchange.

Brad Shepard reported on Oh, You Didn’t Know that his sources in WWE confirmed to him that everything went off just as WWE planned during Ronda and Becky’s recent NSFW Twitter-beef.

“It’s being considered a big success by WWE because so many people bought into it and it’s interesting which of course what you can fire up when you let the talents do their own work — let them put their own spin on it instead of scripting everything.”

“Yeah, it was very well done they thought by Ronda so ultimately it was a work. This was a work. It was a concoction between Becky and Ronda. Nobody went off-script. Nobody was mad for real. Becky Lynch marks were getting works.”

You never know what can happen next in WWE, but with the company’s power and love of controlling everything that goes on it is a safe bet that if something this big goes on there is probably a greater intention behind it.