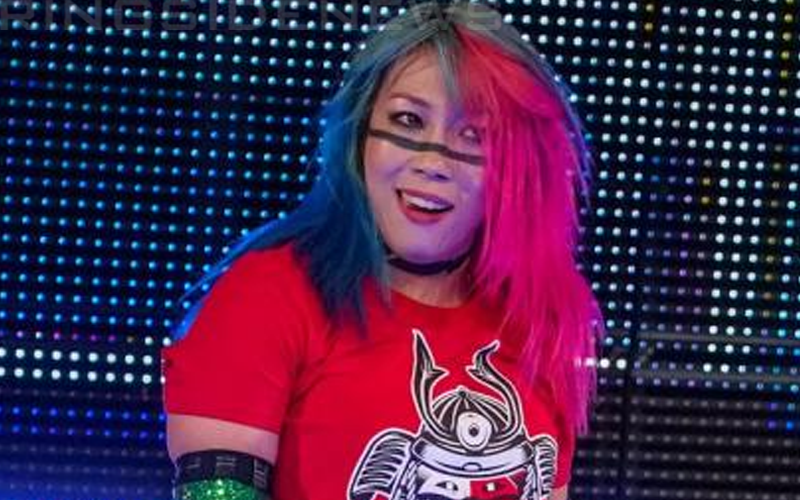 WWE’s SmackDown Live was the go-home show for WWE Fastlane where Asuka is set to defend her SmackDown Women’s Title against Mandy Rose. The Golden Goddess already has plans of how she would want to customize the title if she wins it, but that match at Fastlane almost didn’t happen.

Asuka and Mandy Rose were having a match at a WWE house show on Monday. Rose went for her sit-down facebuster and Asuka landed the wrong way and was hurt. The match was called off as a result, but it was not Mandy Rose’s fault. She spoke about almost injuring Asuka today.

Post Wrestling reports that WWE had to change up plans for SmackDown Live this week. Mandy Rose won a nothing match against Naomi only to get jumped by Asuka afterward.

Asuka beating Mandy Rose and Sonya Deville down might have popped the crowd, but it wasn’t the plan. The original layout for the show included Asuka vs Sonya Deville. However, the match was canceled after Asuka’s near-injury on the previous night.

Hopefully, Asuka will be okay to compete at WWE Fastlane. She certainly seemed to indicate that things are okay with her on social media.