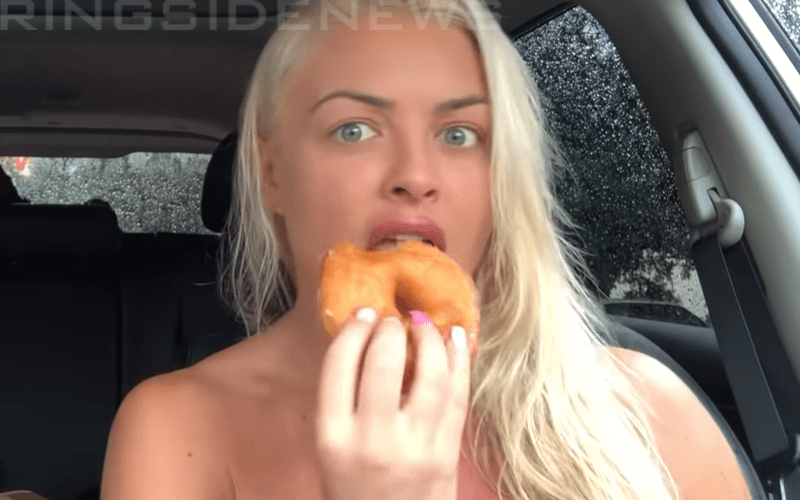 Mandy Rose is a Tough Enough alum, but more importantly, right now she has a SmackDown Women’s Title match this Sunday at WWE Fastlane. Asuka got the upper hand on both members of Fire & Desire on the blue brand’s show this week which is quite interesting as the current champion.

While speaking to Planeta Wrestling, Rose was asked about how she would customize her title after her theoretical win this Sunday. She had some very interesting ideas.

“I would definitely throw some gold in there — more gold than it has, of course. Because the Golden Goddess over here has to have some gold. I’d probably put a donut on there because Sonya and I are obsessed with donuts. We do a YouTube series every week, Dandy’s Donuts. Yeah, I mean I like the blue, not gonna lie I think it matches my eyes perfect, so I’d keep the blue, but yeah that’s probably what I’d add to it.”

Mandy Rose and Sonya Deville love donuts and they work extra hard in the gym to afford their pastry passion. It could be quite interesting to see a title in WWE with a donut on it, but she might be getting ahead of herself. Because Asuka might not let go of her title so easily.

In case you were wondering, you can catch an episode of Dandy’s Donuts below.