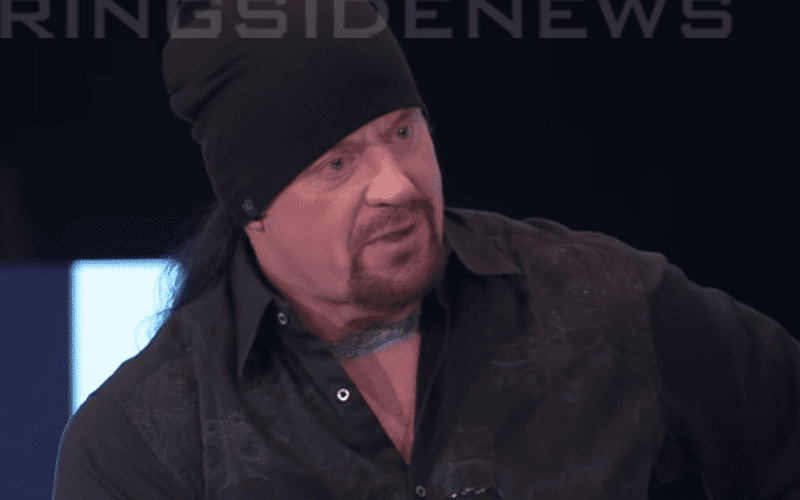 The Undertaker is a happily married man, but before he met Michelle McCool, Taker admitted to pastor Ed Young that he was living an excessive lifestyle. He recently sat down with the pastor for a long interview session where he spoke about many topics from how he wants to work a smarter WWE schedule to how he views Vince McMahon more as a friend than a boss.

Taker then brought up his wife Michelle McCool and he got a little emotional when talking about how much she was able to help straighten his life out for the better.

I lived a pretty excessive lifestyle and I didn’t — I believed in god, but I wasn’t living my life for god and somehow or another I met the — I’m getting a little choked up… she is, she’s awesome.

Then someone yelled, “I love you Mark!” and it killed the moment. The Undertaker thanked that random voice for “saving him” from that moment where he almost came to tears.

Taker explained how Michelle McCool convinced him to go to church and now he is a man of faith thanks to her persistence. He said that he broke a golden rule that he had when dating McCool begin with because he never dated his co-workers, but now he is very glad that he made that exception.

The Undertaker is not retired from WWE, but working a match at WrestleMania might not happen. It is easy to see why The Dead Man might want to take it easy. Not only is he bringing in ridiculous money at appearances, but he also has Michelle McCool waiting for him at home.