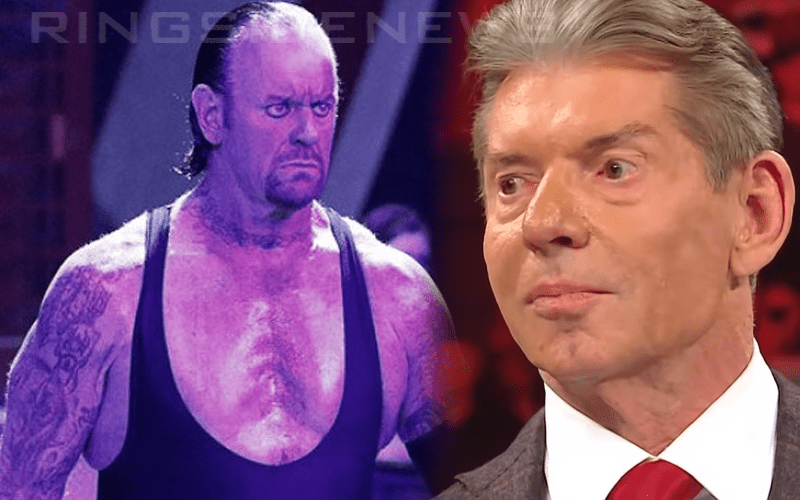 The Undertaker is making some very interesting moves as of late, but he hasn’t left the public view at all. In fact, he is dropping his gimmick and getting out there in ways he never did before.

One person who knows the man behind The Undertaker persona is Vince McMahon because he gave him the famous gimmick. McMahon also almost christened Taker as “The Eggman” too, but that’s a different story.

While speaking to pastor Ed Young, The Undertaker described his relationship with The Chairman Of The Board. He called McMahon awesome and considers him a friend as well. Of course, he was always be the man signing The Dead Man’s paychecks too.

“He’s awesome. You may see him on TV, ‘I do not like that guy.’ But he’s awesome. He would never ask anybody to do anything that he wouldn’t do. He’s built an empire through hard work, dedication, and energy. When you see what he puts into it, you think, ‘I gotta match that.’ He’s an awesome leader. I call him ‘Boss,’ but we’re more friends now than employee and company owner.”

The Undertaker is a shoo-in for the WWE Hall Of Fame and I can’t think of anyone better suited to induct him than Vince McMahon himself. Those two went through a lot together while selling out arenas. They even experienced some lows as The Undertaker remained faithful to Vince McMahon, a man who Taker considers as more than just a boss.