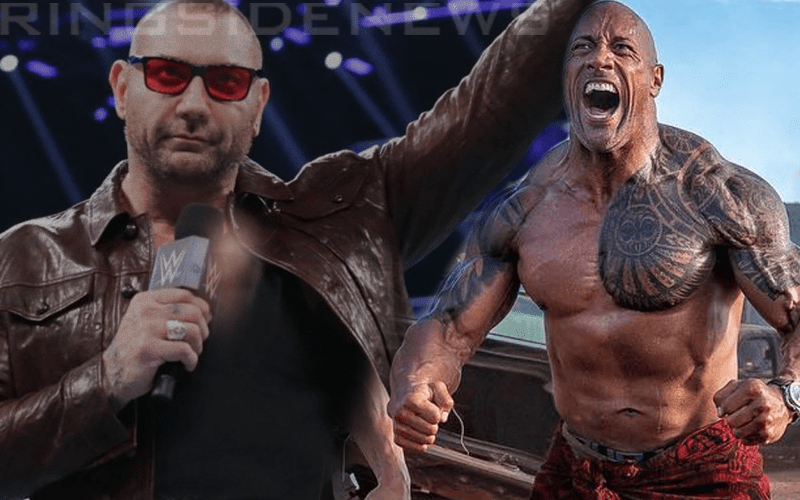 Batista has been keeping quite busy, but he has been attached to much different movie projects than other former WWE Superstars. Batista wants to focus on acting in prestigious roles and learning more about the art form. He wants to be a good actor, but does he think The Rock is a good actor? “F* no!” However, that’s not a bash on The Great One.

While speaking to the Tampa Bay Times recently, Batista said of The Great One: “Rock was, in a way, a movie star before he was even a movie star,” Batista said. “There is something about him that’s really special. I’d never take that away from him. Would I consider him a great actor? F*ck no.”

A lot of people reacted to this statement, but The Animal had to make things clear. After all, just because he is playing a heel on television doesn’t mean he wants to be a bad guy in Hollywood.

“Retweeting this because although the headline is a bit misleading, I really appreciate them pointing out that I was not bashing anyone. I’m not a disrespectful person. I speak from the heart and sometimes it comes across harsh. I stand by the interview w/ @TB_Times #dreamchaser”

Batista was just speaking from the heart and wasn’t bashing anyone, especially The Rock. However, his words can come off as a bit harsh. He’s not a disrespectful person either. Let’s just see if the fans agree when he shows up on RAW this week.