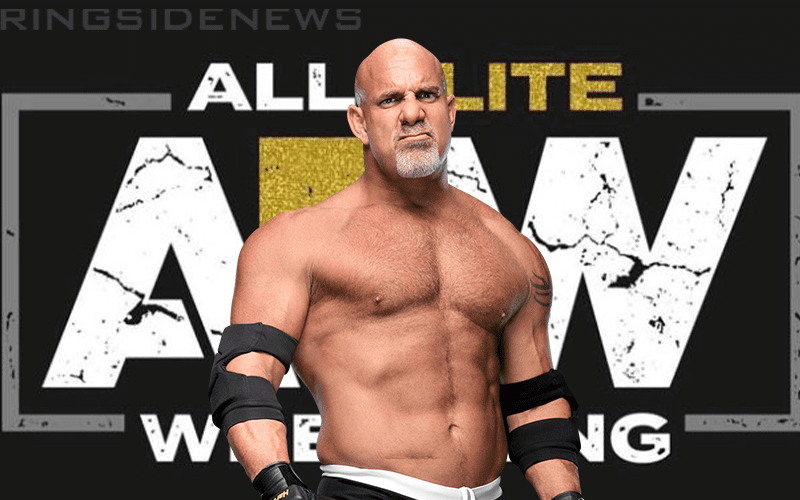 Bill Goldberg’s exit from WWE found him in the Hall Of Fame. He has since openly stated that the WWE HOF is stupid. So there’s that. Now with AEW becoming an actual pro wrestling company, there was previously some thought that Goldberg could be brought in.

Joe Peisich said on Barnburner’s No Holds Barred podcast that he has heard from a source that Goldberg has definitely talked with All Elite Wrestling.

Nothing is certain until the paperwork is signed, but you never know what can happen in pro wrestling. Batista is also said to be talking to AEW even though the chances are slim that he will end up there. We will have to wait and see what happens in this situation. You have to wonder how AEW might use Goldberg if they were able to make some kind of a deal.