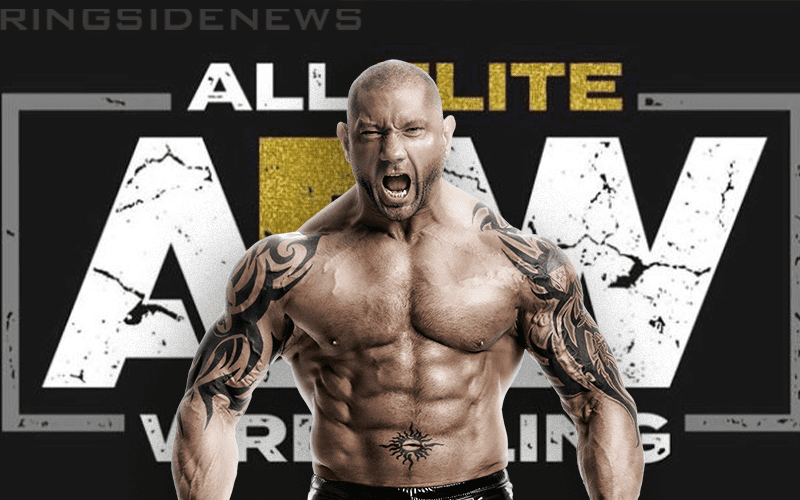 It looks like the bidding war for top names might be at an all-time high. Because Batista is said to be discussing the idea of coming in to work for WWE and All Elite Wrestling at the same time.

The Animal teased a match against Triple H at SmackDown 1000, but The Game’s injury has caused WWE to nix that contest. However, there is always the chance that he could come back in to work a match at the show of shows.

There might be a big problem and that is All Elite Wrestling’s interest in the Guardians Of The Galaxy star as well.

Pro Wrestling Sheet reports that Batista is in talks with both WWE and AEW right now about coming in. The Animal and WWE are discussing a possible WrestleMania 35 match, but The Elite is another viable option.

Batista’s WrestleMania match is said to be “50/50” right now, but he also isn’t turning away discussions with AEW.

We will keep you updated as more information is made available concerning this on-going story, but it seems like WWE might be still trying to put together a big WrestleMania match with Batista.