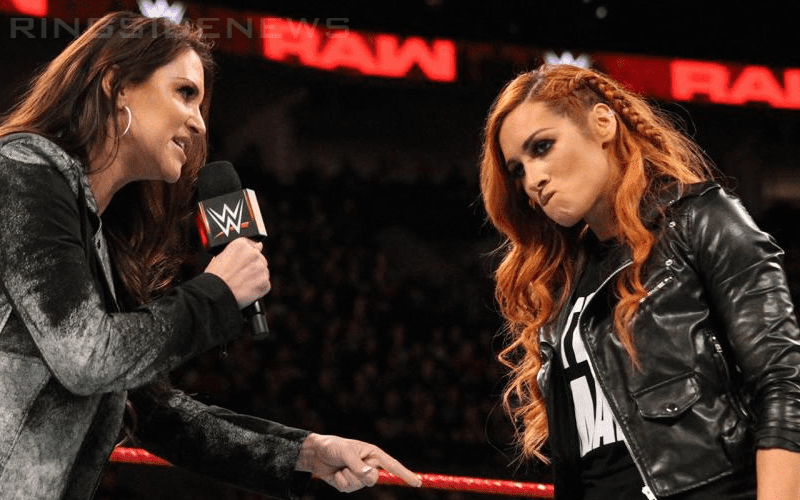 Becky Lynch was suspended by Stephanie McMahon last week on RAW because she won’t see a doctor about her knee. We need to repeat this again: Becky Lynch is not really injured (although plenty of other Superstars are).

Lynch surprised fans at Saturday’s house show when she ran in and destroyed Charlotte Flair and Asuka with a crutch. She doesn’t need a crutch, but they are keeping this storyline going.

Dave Meltzer explained on Wrestling Observer Radio that this trend is highly likely to continue.

“She’ll be on tomorrow [Sunday’s] SmackDown house show, she was on tonight. So even though she’s suspended what she does is Asuka defends against Charlotte and then Becky Lynch just runs in an lays them both out. So that’s what they did tonight. That’s what they’re going to do [on Sunday] night.”

Becky Lynch is one of the most popular Superstars in WWE and could be the most over on the blue brand. Therefore, WWE learned their lesson for promoting The Man only to not deliver due to a storyline.