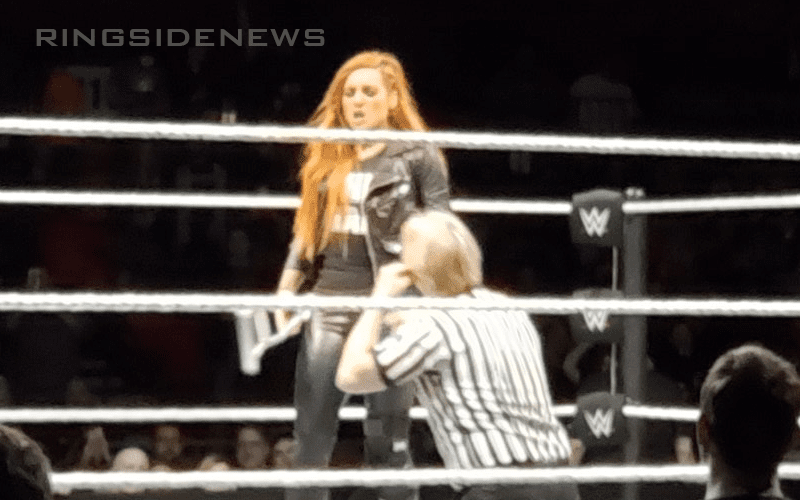 Becky Lynch, who is currently “suspended” from WWE until she can get “cleared”, appeared at tonight’s WWE Live event in Dekalb, Illinois and attacked both Charlotte and Asuka with crutches..

Below are some photos and footage from the incident.

As noted, Lynch will be appearing at this Monday’s episode of WWE RAW to further her storyline with Ronda Rousey on her Road to WrestleMania.