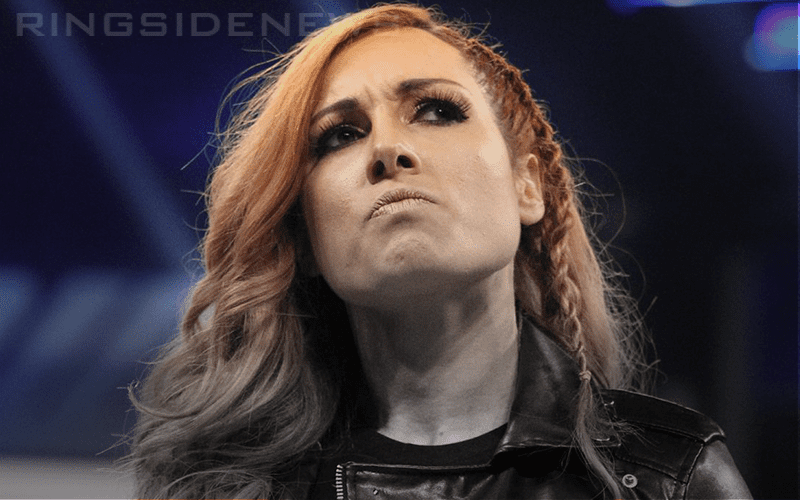 Becky Lynch put herself through a lot in Phoenix to win her chance to face Ronda Rousey at WrestleMania. She limped her way out of Phoenix and some fans feared that she wouldn’t be okay to work WWE’s show of shows. That is not the case.

John Pollock of Post Wrestling reports that Ronda Rousey’s knee injury is all a work. So please don’t believe any reports that she is legitimately injured.

“Becky Lynch was not at the SmackDown live event on Saturday in order to sell the knee injury. The injury is all storyline even though she is selling it by wearing a knee brace in public.”

It was noted that WWE didn’t send The Man to Canada because they didn’t think it would make sense to have her work the house shows and then have a bum knee on television. They are using reasoning which is refreshing. The knee brace and limp is just another device that WWE is using to make sure that people know Becky Lynch is The Man.

It also gives her a nice “Stone Cold” vibe with that knee brace.