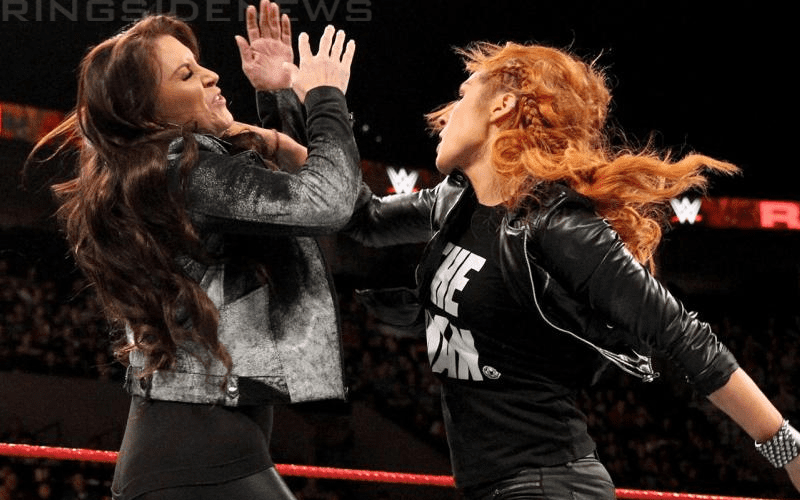 Becky Lynch started off RAW this week by accepting an offer from Stephanie McMahon to show up. Then The Man was promptly suspended from WWE by Stephanie for not getting checked out by a doctor.

We previously noted that WWE is planning on building Stephanie McMahon vs Becky Lynch. Now it looks like we have a time when that could likely go down.

The Wrestling Observer Newsletter noted that “Becky Lynch vs. Stephanie McMahon at Summer Slam was suggested and a second company source has said it is being talked about.”

This is curious, and SummerSlam isn’t until August, but it is the next Big 4 pay-per-view after WrestleMania. So it looks like Stephanie McMahon and Becky Lynch’s story is likely to continue. It was not noted whether this match would be for a title which is another interesting point to consider.