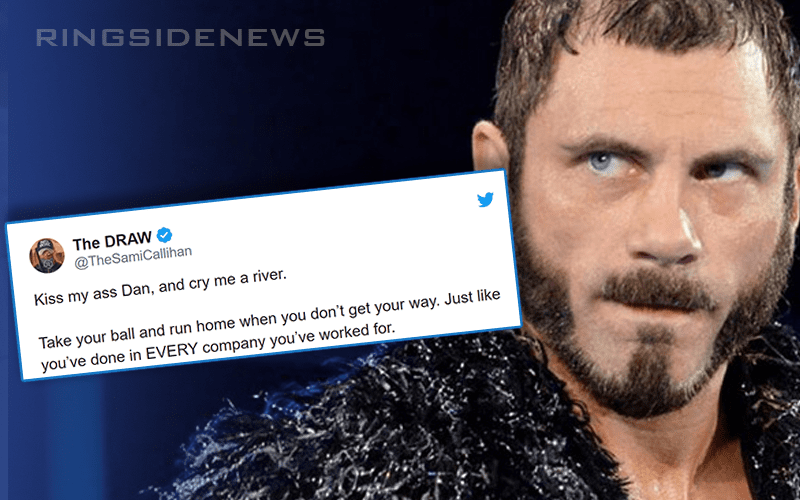 Austin Aries left Impact Wrestling after dropping their World title and he didn’t come back. Since then, Impact Wrestling featured plenty of other matches and Sami Callihan was very proud of his work.

All Sami Callihan was trying to do was brag about how great 2018 was for him. Then Austin Aries replied accusing Callihan of being famous because he broke Eddie Edward’s face with a baseball bat and stole ten minutes from the Aries’ main event match.

Callihan fired back at A Double by calling out his real name “Dan” and telling him to “kiss my ass.” Then he threw a shot at Austin Aries for taking his ball and going home.

Aries fired back by calling Sami Callihan a “f*cking mark” for using his real name. Then he continued to rail on The Draw by saying that his ball is way heavier to carry while capping it off by calling Sami the name he used to go by in NXT.

And if your ball is ever worth what my ball is worth, get back to me about how, where and for who you play with it. Until then, careful what stones you throw, Solomon Crowe.”

Impact Wrestling is teasing the return of a former World Champion in April. If they are talking about Austin Aries then we might already have a very good idea who he will be going after upon his return.