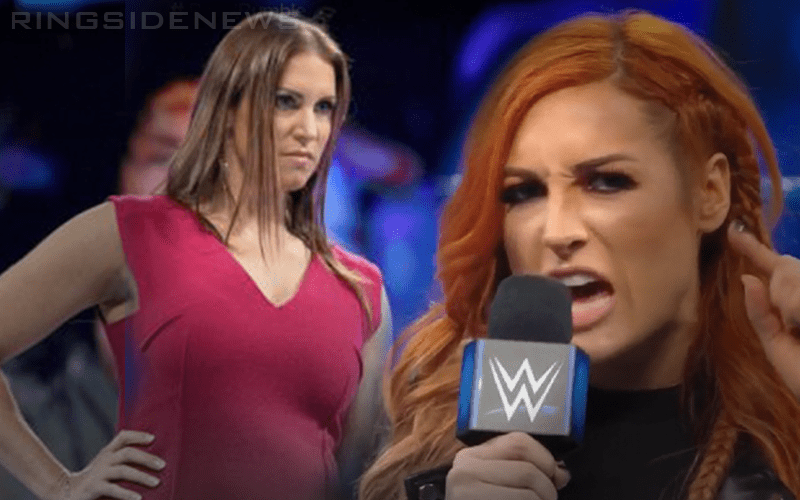 Becky Lynch punched her ticket for WrestleMania at the Royal Rumble and then claimed her match with Ronda Rousey the next night. She isn’t going to be a stranger for Ronnie and next week on RAW could get interesting.

The Man received an invitation from Stephanie McMahon to appear on RAW next week. We’re not sure what Steph has in mind, but something is up. Then The Man had her own reply.

“Yeah, tell her thanks but I was coming anyway.”

Becky Lynch followed this up with an animated gif of Ronda Rousey boo-hooing with the quotation saying: “‘Just heard The Man is coming back to Raw this week.'” This could be very interesting and will hopefully pop a rating.