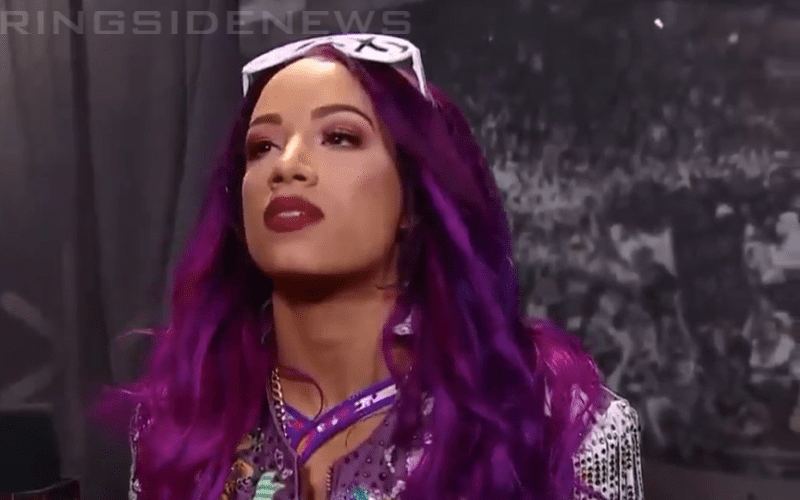 Sasha Banks is not medically cleared to compete. However, she still took part in a tag team match on RAW this week to determine a spot in the upcoming Women’s Tag Team Title Elimination Chamber match.

Banks got involved in one spot and spent a majority of the time selling an injury, one she actually has. Dave Meltzer brought this up on Wrestling Observer Radio where he explained WWE’s reasoning for this and the fact that we still don’t know what’s wrong with Banks.

“Sasha Banks was not cleared so they did — usually when you’re not cleared they will not let you near the ring. In this case, you know she did basically nothing [in the match], but she actually isn’t cleared, but they felt like they had to do the tag to get the six teams in because they wanted all six teams in because the pay-per-view was only a couple weeks away so they needed the Bayley and Sasha Banks win.”

Hopefully, Banks will be able to heal up, whatever her injury might be. WrestleMania season is a terrible time to be unable to work. Sasha Banks also dropped a huge hint that she will be leaving WWE as well. So you never know how many more WrestleManias she might have.