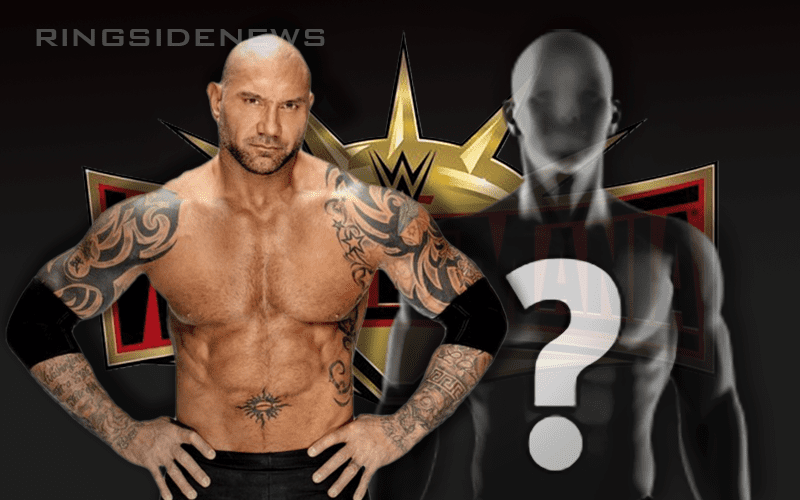 It’s been a very long time since WWE threw a WrestleMania event without Triple H but it looks like they’ll have to do it this year after The Game injured his pectoral muscle during his main event tag team match at the WWE Crown Jewel event.

The story of Triple H vs Batista is something we’ve seen before as the former Evolution stablemates have battled before. But after so much time, another match could tell a great story. But now that Trips likely can’t work Mania, WWE might need to consider that they weren’t the only 2 guys in Evolution — after all, one former member of the legendary stable is still a full-time wrestler.

We previously reported that Triple H getting taken out of WrestleMania has nixed a planned match he had against Batista. But as Dave Meltzer explained on Wrestling Observer Radio, Randy Orton seems to be the logical choice if a replacement for Triple H needs to be decided on — if anything because they could tell a similar Evolution storyline.

Only time will tell if Batista would even be interested in a match now that Triple H can’t work at Mania. After all, Triple H vs Batista was the match that The Animal has been asking for since he mentioned a possible return years ago. WWE didn’t want to do the angle then and waited — they just didn’t consider that Triple H could get injured in Saudi Arabia.

Hopefully, this won’t hurt WrestleMania too much. If anything, it might give an even bigger spot to more full-timers if Batista decides not to carry on with his WWE plans. But you never know what could happen in pro wrestling, especially when you’re considering what Triple H will do at WrestleMania.