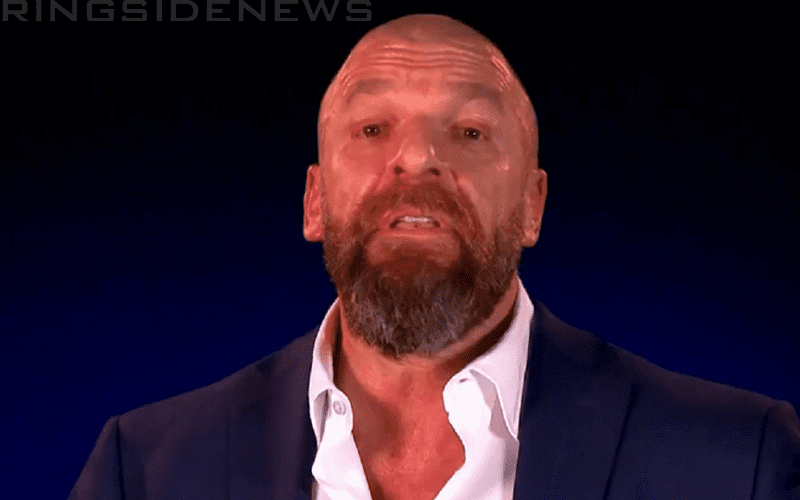 Triple H torn his pectoral muscle during the WWE Crown Jewel event. He suffered this injury while performing the over the top rope turnbuckle bump that he did 1,000 times before with no issue.

Now Triple H is rehabbing and started training a couple of weeks ago, however, he might not be 100% ready for a WrestleMania match.

While you can never say never in WWE, the 49-year-old WWE COO might not have the healing powers he once did. Sports Illustrated reports that The Game will not be ready in time for WrestleMania.

WWE teased a match with Batista and they could have a backup plan for The Animal if Triple H can’t make the show of shows. It looks like this is the case so we will have to wait and see what happens next.