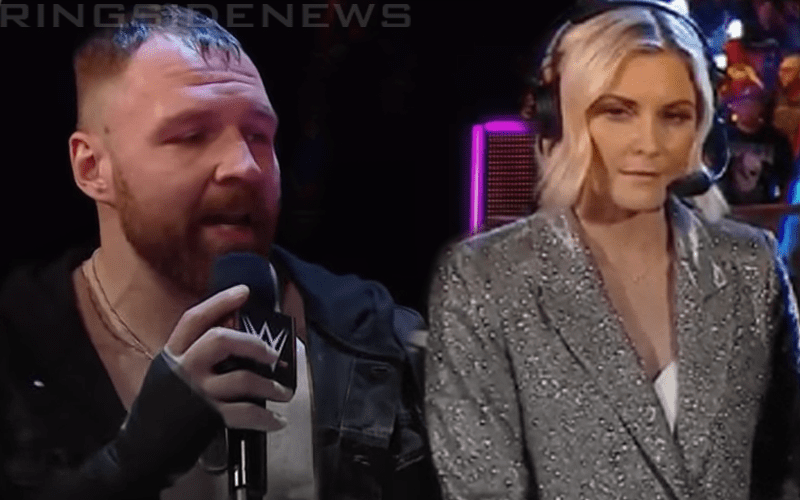 Renee Young and Dean Ambrose are a couple in WWE that has been able to make it work. Pretty soon they both won’t be in WWE because Dean is said to be taking off after his WWE contract expires.

Ambrose entered RAW this week and he was on fire. His entrance music made the crowd pop huge and then he proceeded to address Nia Jax. He said that she’s not the first woman that had a problem with his “raw sexual magnetism.” The Lunatic Fringe’s wife had to reply.

This was a pretty great way for Dean’s wife to reply. After all, she was about twenty-feet away from him when he made that remark.