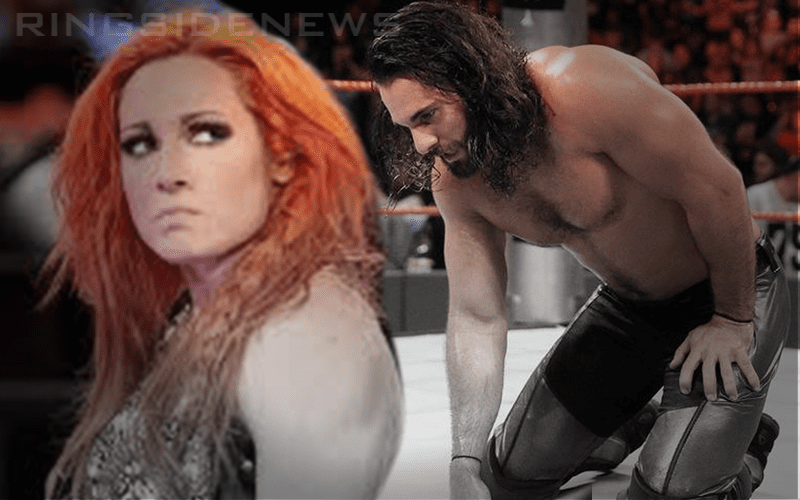 We have updates on Becky Lynch’s injury status as well as Seth Rollins. AJ Styles’ absence from the Canadian house shows has been explained as well.

Becky Lynch took a bump at the Royal Rumble where she sold her knee like a champ throughout the rest of the match where she eventually eliminated Charlotte Flair. She then spent the rest of her time in Phoenix selling her injury by limping around. However, this could be more than just a work.

On RAW the next night, Lynch left during the show after claiming her match against Ronda Rousey at WrestleMania. She seemed to hint at a possible knee issue then as well. She didn’t wrestle a match on SmackDown Live the next night either.

To make matters even more interesting, Lynch didn’t appear at the WWE live events over the weekend even though she was advertised and she’s not the only one.

Dave Meltzer commented about this on Wrestling Observer Radio where he revealed that Lynch might not be the only Superstar that has something going on because Seth Rollins was actually in Canada, but didn’t work the show.

“So this is really weird. This weekend — so I don’t know the details yet, but Seth Rollins, AJ Styles, and Becky Lynch were all advertised for their shows, but they weren’t there.”

“Seth Rollins didn’t work in Saskatoon and the other one was Vancouver and that was where both AJ and Becky Lynch didn’t work. Rollins was in Canada so there’s something happened to him. Whereas the other ones were probably not booked but they were advertised anyway which is… both of them? They’re like the two top babyfaces, whatever the reason I don’t know.”

WWE is not afraid to advertise Superstars with no plan on delivering them. They did the same thing with John Cena at the Royal Rumble. Therefore, since Lynch didn’t even make the trip to Canada it could be possible she along with AJ Styles were never intended to actually appear on the shows.

Seth Rollins’ situation is much more concerning because he actually showed up to work but didn’t. Instead, Dean Ambrose was used in his place where he worked as a babyface.

With WrestleMania coming up soon this is no time for an injury, especially for Lynch and Rollins. Both are slated for main event title We will keep you updated as soon as we hear any new information here at Ringside News.