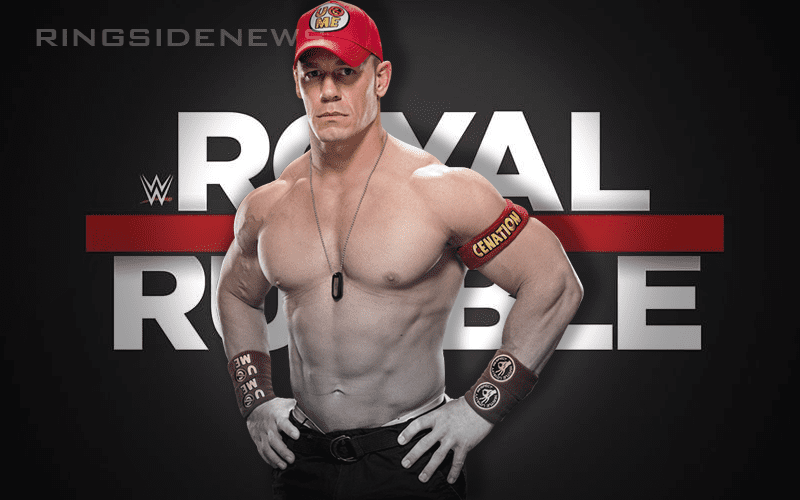 John Cena is a very busy man so the Royal Rumble wasn’t going to happen for him this time around. He was already booked to play a starring role in a new film called “Playing With Fire” which is filming in Canada.

Knowing that John Cena wasn’t going to be around didn’t stop WWE from promoting him for the Royal Rumble event. His status was still “questionable” until hours before the event kicked off and Cena’s likeness was included on promotional material all over Phoenix.

Brad Shepard discussed this on Oh, You Didn’t Know where he said that a WWE source confirmed to them that their company knowingly played a pretty dirty trick at the Royal Rumble this year with the 16x World Champion Cena.

“There was a lot of speculation on was this a work, was this a shoot? You know was it a work to sell tickets, etc I spoke to a source in WWE and the confirmed that Cena’s injury was not only never legit, he was never legitimately injured, but it is dead on that WWE false advertised Cena knowing he would never show up to the Royal Rumble just to move tickets. That is confirmed.”

There is a considerable amount of heat on WWE for doing this type of thing. Shepard noted that the card is always “subject to change,” however when WWE knows that they are not going to deliver on someone they are advertising this draws a different line.

There is a difference between someone getting injured unexpectedly like Becky Lynch before the Survivor Series and working around a pre-arranged movie schedule like what John Cena had to do.

It makes you feel bad for fans who showed up at the Royal Rumble wearing “You Can’t See Me” t-shirts because they were never going to see John Cena at all even though they were told otherwise.