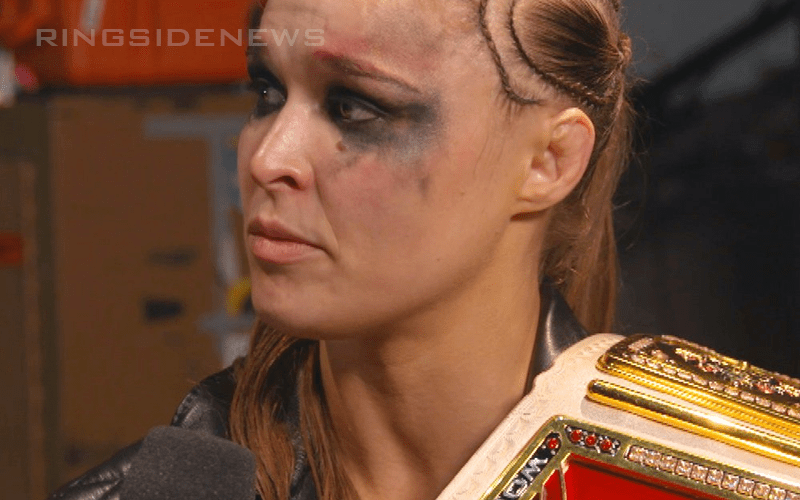 Ronda Rousey wasn’t happy about how things went down on RAW this week. She was then challenged by Becky Lynch to set up a WrestleMania encounter and that made the crowd happy. Seeing how that might be one of Rousey’s last matches as a full-time Superstar, things could be wrapping up for The Baddest Woman On The Planet in WWE.

Dave Meltzer noted on Wrestling Observer Radio that he was told Rousey will be missing at least one upcoming pay-per-view. We will have to wait and see what happens next with Rousey and how WWE books her.

“I don’t know if there’s a Ronda Rousey on the show, I will have to check that tomorrow. I had heard she’s going to miss at least one of these upcoming pay-per-views.”

It was noted that the SmackDown Women’s Title and the Women’s Tag Team Titles might be the only two championship matches for women on WWE’s Elimination Chamber pay-per-view. With Ronda Rousey’s WrestleMania opponent already decided (even though that’s likely to change), they might just hold Rousey off until she can get a chance to wrestle The Man.